Samsung is supposed to have a lot of smartphones in the pipeline for the upcoming year and here are a few of them. 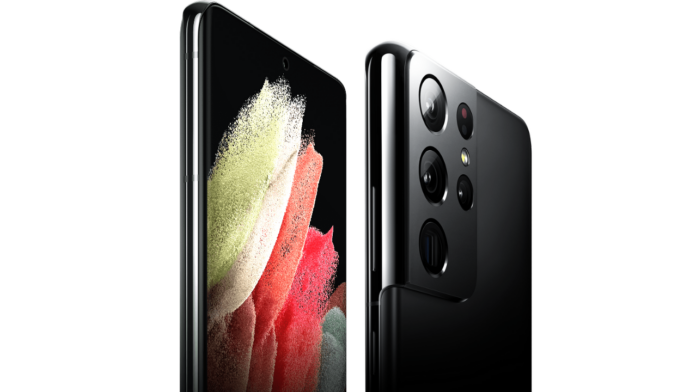 Samsung is one of the biggest smartphone manufacturers in the world and the company seemingly has a lot of smartphones in the pipeline that should be arriving throughout the next year. This includes Samsung’ flagships such as new foldables, its mid-rangers such as the M series and its budget devices like the A series. So on the basis of speculations and leaks, here are the top upcoming devices from Samsung:

Samsung is working on its foldables since a few years and has been making it better with every generation which includes either major improvements, a new innovation or even both. Its upcoming foldable, the Galaxy Z Fold4 is months away, however, a couple of prominent smartphone concept creators have posted their own concept renders of how the phone could look like.

Ben Geskin, who posted one of the concept renders shows us a Z Fold4 with a similar form factor as Z Fold3, but a rear camera module that is inspired from Samsung’s latest Galaxy S22 Ultra. It does make sense for the Galaxy Z Fold4 to borrow the same design language from S22 Ultra, as both of them are the ultimate flagship offerings from Samsung.

While not much is known about these devices, it has been reported that the S22 FE and the S23 series will sport MediaTek chipsets under the hood in Asia. This would be the first time when Samsung flagships would sport a MediaTek SoC under the hood as their high-end models typically come with Snapdragon or Exynos processors.

The upcoming Samsung Galaxy F13 is rumoured to be a budget smartphone that should be coming with an Exynos 850 chipset. A recent Geekbench listing for the smartphone purportedly shows the 4G variant’s possible processor, RAM capacity, and operating system. The device with model number SM-E135F is listed to be powered by the Exynos 850 SoC. It could have 4GB of RAM, with other possible variants as well.

Samsung is said to revive its rugged smartphone series with the Galaxy XCover Pro 2. The last smartphone under the series was launched back in 2019. The renders for this smartphone were leaked a few days back which show the device from all the angles.

The Galaxy XCover Pro 2 is shown in a black colour with a rugged back that features a dual rear camera system. The smartphone will also feature a side-mounted fingerprint scanner along with a classic 3.5mm headphone jack. In addition, the device is said to have a removable battery, same as its predecessor. Under the hood, the device could pack an Exynos 1280 SoC and run on Android 12 which should supposedly be based on OneUI 4.1.

The rumoured Samsung Galaxy XCover Pro 2 recently appeared on Geekbench benchmarking website as well. The listing revealed that the phone will get an octa-core processor along with 6GB of RAM.

This was our list of top Samsung devices that are upcoming in the next year. Apart from these, the brand is expected to bring a new generation of foldables with even better technology along with other mid-range and budget-oriented devices.

Samsung launched the Galaxy A03s entry-level smartphone in India last year. Now the company is reportedly working on its successor called Samsung Galaxy A04s whose renders have been leaked online.

The phone will feature a flat display with a waterdrop notch at the center. The leak reveals that the device is equipped with a 6.5-inch display.

The device has its volume controls and power button on the right side. The latter doubles up as a fingerprint scanner. The bottom edge features a speaker grille, a microphone hole, a USB Type-C port, and a 3.5mm headphone jack. The phone measures 164.15 x 76.5 x 9.18mm.

Share
Facebook
Twitter
WhatsApp
ReddIt
Previous articleWill the OnePlus 9 RT not be launched in India or will it be rebranded as OnePlus 10R?
Next articleOnePlus 10 Pro launch confirmed for January 2022: Everything we know so far
RELATED STORIES