Smartphone makers are all set to unveil new generation phones next year and here are the top ones to look forward to. 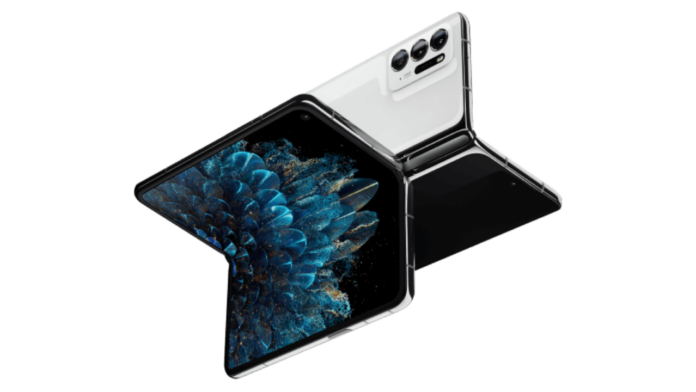 In the last few months, the smartphone industry has shown growth signs after the covid wave. We are witnessing the launch of some incredible devices from brands such as Samsung, Xiaomi, Oppo and more. Samsung introduced the third generation of its foldables in 2021 while Xiaomi launched a smartphone with a secondary display at the rear, next to the camera. The unique designs have intrigued us about what the brands are working on for next year. So here’s a list of smartphones to look forward to in 2022:

Samsung is working on its foldables since a few years and has been making it better with every generation which includes either major improvements, a new innovation or even both. Its upcoming foldable, the Galaxy Z Fold4 is months away, however, a couple of prominent smartphone concept creators have posted their own concept renders of how the phone could look like.

Ben Geskin, who posted one of the concept renders a while ago, shows us a Z Fold4 with a similar form factor as Z Fold3, but a rear camera module that is inspired from Samsung’s latest Galaxy S22 Ultra. It does make sense for the Galaxy Z Fold4 to borrow the same design language from S22 Ultra, as both of them are the ultimate flagship offerings from Samsung.

The device is further rumoured to come with a single hinge design. This will result in removal of some moving parts inside the smartphone which will bring down the probability of a mechanical failure. Moreover, the report adds that instead of using the extra reinforced wing hinges at the end, the Samsung Galaxy Z Fold4 may have a single hinge, resulting in a thinner as well as lighter smartphone design. It is being said that the company will keep using KH Vatec as the primary supplier of the hinges.

Apart from that, the device is said to support S-Pen stylus, same as the S22 Ultra. Further, it could feature an Ultra-Thin Glass (UTG), which could be advertised as the Super UTG.

Apple’s iPhones from the last few years have had a similar design and this year with the iPhone 14 series, the brand is expected to revamp how the iPhones look. Leaked renders for the smartphone show that Apple will drop the notch on the front in replacement for a punch-hole design.

The new design seems to be inspired by the iPhone 4, as each volume button is now circular. The power button resides on the right. Talking about the rear, the cameras at the top left remain, which have now been pushed into the frame, meaning there’s no camera bump. At the bottom, you get the speakers and a lightning port, which means Apple is not going port-less anytime soon. These leaks are still very early to believe, and a lot might change before the device goes into mass production.

While Motorola cancelled the launch of the Razr 2022 at the last minute, the device is still slated to arrive sometime in future, hopefully this year itself. It is the upcoming flagship foldable from the Lenovo-owned company whose design and key specifications have already been teased in the past.

Moto Razr 2022 will have a clamshell form factor, similar to Galaxy Z Flip 3. It has a similarly sized small screen on the front alongside the dual camera setup. It seems similar to what Samsung does with the Galaxy Z Flip but the external display looks comparatively bigger.

Motorola has already confirmed that the device will be powered by the latest Snapdragon 8+ Gen 1 processor. It will pack a 3,500mAh battery that is claimed to last a full day on a single charge.

As per rumours, Motorola Razr 2022 will feature 6.7-inch P-OLED FHD+ foldable screen with a 120Hz refresh rate. The cover screen will likely have a 3-inch size. For optics, there will be a 50-megapixel primary sensor and a 13-megapixel ultra-wide sensor. On the front side, there will be a 32-megapixel shooter for taking selfies and video calling.

The phone should come with up to 12GB of LPDDR5 RAM and up to 512GB of UFS 3.1 internal storage. It will run the Android 12 operating system out-of-the-box based on company’s own MyUI 4.0 custom interface.