We take a closer look at the Netflix, Disney+ Hotstar and Amazon Prime Originals shows which will be offered in the coming days. 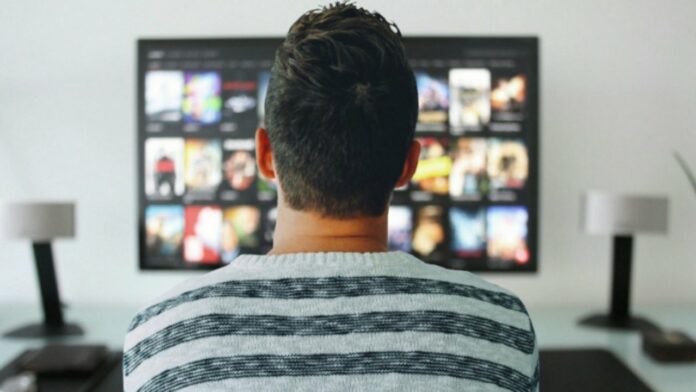 Many new shows and movies are heading our way this year on major Over–the–top media services (OTT) platforms like Netflix, Disney Hotstar and Amazon Prime. There are lots of content to watch on these OTT services.

Let’s take a closer look at the Netflix, Disney Hotstar and Amazon Prime Originals shows which will be offered in the coming days. The article will help you to keep a tap on what to watch out for this year.

The School for Good & Evil

Best friends Sophie and Agatha find themselves on opposing sides of an epic battle when they’re swept away into an enchanted school where aspiring heroes and villains are trained to protect the balance between good and evil. The movie is coming to Netflix on October 19.

A young, newly engaged heiress has a skiing accident in the days before Christmas. After she is diagnosed with amnesia, she finds herself in the care of the handsome cabin owner and his daughter. The movie will stream on Netflix starting November 10.

An original series The Santa Clauses will be streaming on Disney+ Hotstar from November 16. The series is about Scott Calvin who is on the brink of his 65th birthday and realizing that he can’t be Santa forever; Scott sets out to find a suitable replacement Santa while preparing his family for a new adventure in a life south of the pole.

An unlikely group of heroes set off on a dangerous quest to places far beyond their home, where they must face their inner demons and come together to save their world. The season 1 of Willow will stream on Disney+ starting November 30.

Paatal Lok Season 2 is an upcoming web series based on a crime novel. Amazon Prime Video has announced the second season but an exact release date is not known yet.

The series has been created by Sudip Sharma. Avinash Arun and Prosit Roy together directed the series starring Jaideep Ahlawat who plays the Delhi Police officer Hathiram Chaudhary. Other cast members of the show were Neeraj Kabi and Gul Panag are in the lead roles. The show’s first season had nine episodes, the same is expected in the second one.

Mumbai Diaries Season 2 will be releasing on Amazon Prime Video. The makers have not yet announced a confirmed release date for the season 2. The series is all about the disasters that happened in the past across the city.

It shows that how a medical staff handled that critical situation which is also reported by a journalist. The season 2 will also see the return of Konkana Sen Sharma, Mohit Raina, Natasha Bhardwaj, Satyajit Dubey, Mrunmayee Deshpande and Prakash Belawadi.

Mirzapur, the most popular Indian web series, will shortly return for a third season. Mirzapur Season 2 concluded with a lot of mystery, and it will be explained in Mirzapur Season 3, which will air soon.

Breathe: Into the Shadows Season 2

Amazon Prime’s original crime thriller Indian series ‘Breathe: Into The Shadows’, season 2 will be premiered on the platform soon. The new season is to be launched in 2022, but no confirmed date has been given for now from makers and producers.

Mayank Sharma is the creator and director of the crime drama show ‘Breathe Into The Shadows’. The show is produced by Abundantia entertainments for Amazon prime. The first season of Breathe was released on 10 July 2020 on Amazon Prime starring Abhishek Bachchan, Amit Sadh, Nithya Menen, Naveen Kasturia, Saiyami Kher and more.

Manoj Bajpayee led spy thriller series The Family Man will soon be back with its highly- anticipated Season 3. There has been no official announcement of a specific release date for The Family Man Season 3.

Manoj Bajpayee has been cast in the show’s third season, and he will be playing a significant character in the show as special agent Srikant ‘Sri’ Tiwari. Raj Nidimloru and Krishna D.K. have collaborated on the production of the series.

Four More Shots Please Season 3 will soon premier on Amazon Prime Video. The series is about four friends who discover a lot through friendship and shots of tequila in millennial Mumbai. An exact launch date has not been revealed yet.

Made in Heaven Season 2

Made In Heaven is a web series created by Zoya Akhtar for Amazon Prime Video. The first season of the series was released in March 2019. The Season 2 is expected to be released in the first quarter of 2022. But an exact launch date has not been revealed yet.

The story revolves around two Delhi wedding planners, Tara and Karan who run a company called Made in Heaven. The series is produced by Excel Entertainment. Reports suggest that stars like Jacqueline Fernandez, Radhika Apte, Dia Mirza, Mrunal Thakur will be a part of Made In Heaven 2.