With the upcoming GST Bill, there is going to be a huge decrease on the rates of microwaves.

In today’s world Microwave has become one of the most necessary home appliances for the households.With the upcoming GST Bill, there is going to be a huge decrease in the rates of microwaves. Let’s us see which are the best deals in this genre.

IFB 20SC2 Convection Microwave Oven is available at a maximum discount of 30% on various website. Originally, its cost is around Rs 12,000, but after discount, the price comes down at around Rs 8,400. 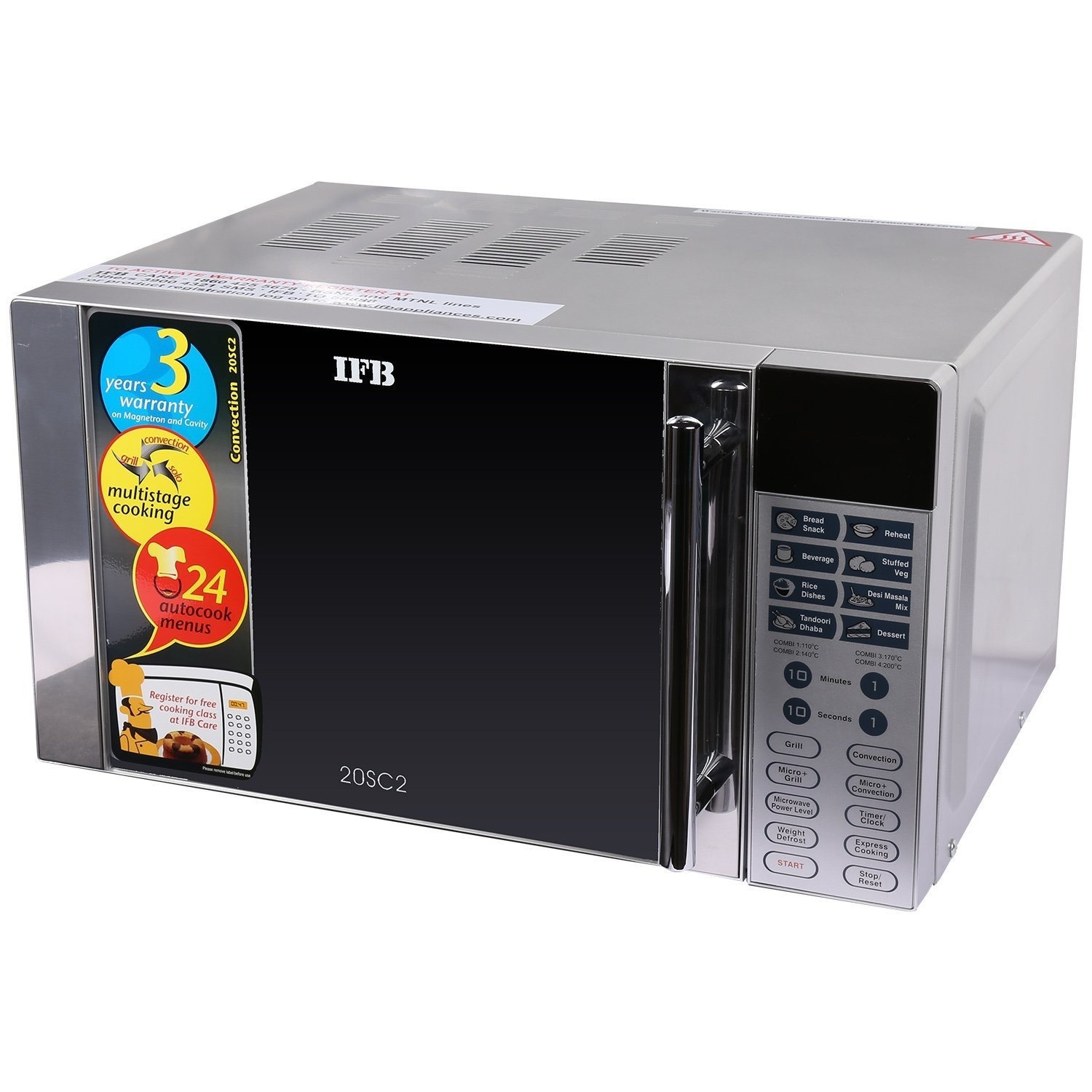 It lets you enjoy up to 24 pre-programmed cooking menus at on click. In- built memory stores up to three levels of cooking simultaneously. It doesn’t consume much time and makes cooking relevantly easier as it includes Micro, Grill & Convection options. It has a Stainless steel cavity and LED display with clock. There are settings which can control 10 power levels and 10 temperature levels. In addition to that it has speed defrost, multi-stage cooking, express quick cooking start, auto reheat, keep warm and child safety lock.

The Power Consumption is of 1200 watts, Grill power consumption is of 1250 watts, and Convention Power consumption is of 2000 watts. It operates at a voltage of 230 volts. Further, it includes a set of six starter kit, recipe book, one Daffodil with Lid, one Measuring Tumbler, two Idli Stand, one Square Cook and Serve Medium with lid 1500 ml, one Roti Crisper, one Ladle, which adds to its efficacy. There is a warranty period of one year on the machine, three years on Magnetron and Cavity. The Morphy Richard 23 litre convection oven has a 23-litre capacity, with a mirror glass door. It has catered a stainless steel cavity which restricts the sticking of particles around the microwave. With 1300 volts being the average power consumption in the microwave mode, an output power of 800W is assured. It enables10 auto cook options and five power levels. It also includes combination cooking of Convention, Micro and Grill. It consumes 1200W in Convection and Grill modes.

Besides the availability of the auto-defrost option, features such as the child lock, overheat and sensory protection is an advantage. Additionally, the product has a warranty of two years on it. Even in this, the brand doesn’t provide a starter kit. Nonetheless, it comprises a wire rack, instruction manual, customer care list and a baking plate.

Godrej GMX 20 CA5 MLZ 20L Convection Microwave is available at a maximum discount of 29% on Amazon. Originally, its cost is around Rs 1,0990, but after discount, the price comes down at around Rs 7,799. 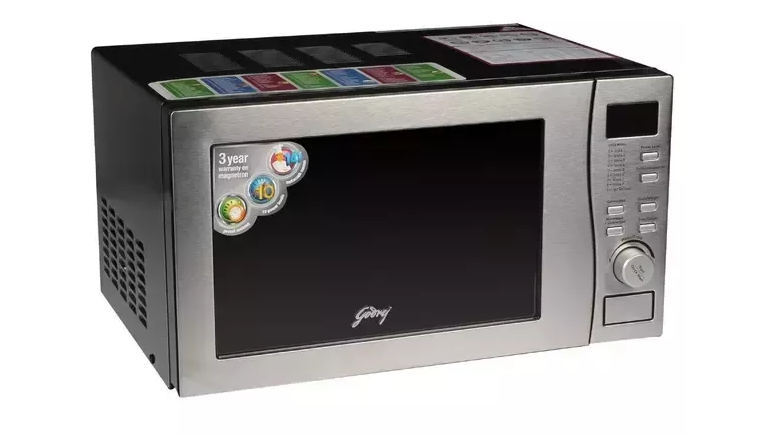 It has a capacity of 20 litres. The electronic controlling system of the microwave oven has the feature of cooling. As for any cooking mode which cooking time above two minutes, after finishing cooking, the oven fan will work about three minutes automatically to cool the oven for giving a longer life to the oven. It contains around 141 insta-cook menus, along with combination and preset cooking. Apart from 10 different power levels, it also has auto protection for regulating temperature and system errors.

The child lock option is also available in the product. The power is 2200 watt, operating at a voltage of 230 volts. It comes with a starter kit, and also includes Glass turntable, Roller Ring, Grill stand and User manual. The period of warranty is one year on product and three years on the magnetron.

Samsung 20 L Solo Microwave Oven is available at a maximum discount of 12% on Tata Cliq. The original price is around Rs 6,140, but after discount, the price comes down at around Rs 5,399. 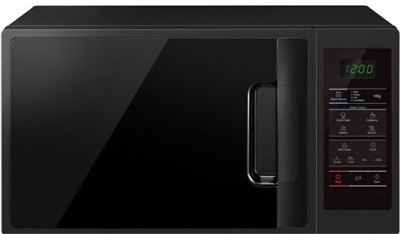 This microwave oven contains a triple distribution system that enables perfect cooking of food by even distribution of heat from all sides through three antennas. One of the special features of this oven is its Eco button that helps in saving standby power up to 40 per cent and therefore saves a lot of energy. The Rapid Defrost feature lets you defrost frozen foods instantly, retaining the quality of the food. Moreover, the inner cavity has no corner, which makes cleaning very easy with no spots left.

It has an input power of 1150 watts, and output power of 800 watts which operates on a voltage of 230 volts. It further includes the Child safety lock feature, with a one year warranty on the product. In addition to that, it has a Turn Table and a Grill Rack.

Whirlpool 20 L Solo Microwave Oven (Magicook 20SW ) is available at a maximum discount of 21% on Amazon. Originally, its cost is around Rs 5,990, but after discount, the price comes down at around Rs 4,699.

Whirlpool is developed with 20 litre Capacity with 245mm Recessed Turntable with which, you can cook a large quantity of food items, or reheat multiple food pots with ease in one go. You can set your cooking time by choosing from 10 different power levels. So, you can provide the right amount of heat to the dishes.The express cooking feature allows single touch cooking at maximum power with a convenience of quick cooking or reheating.

The Input Power is 2200 watts, and Output Power is 800 watts. Whirlpool provides two years of warranty on the magnetron. You can manually defrost preserved food items such as frozen chicken or vegetables. It has a Membrane type control. Although the Brand does not provide a starter kit with this product, Glass tray is included. Further, it has a child lock option available.