Poco is now gearing up for another launch on October 6 at 12 Noon, which seems to be the Poco C3. Poco has released a teaser on Twitter through its official account with a tagline saying 'Game Changer'. 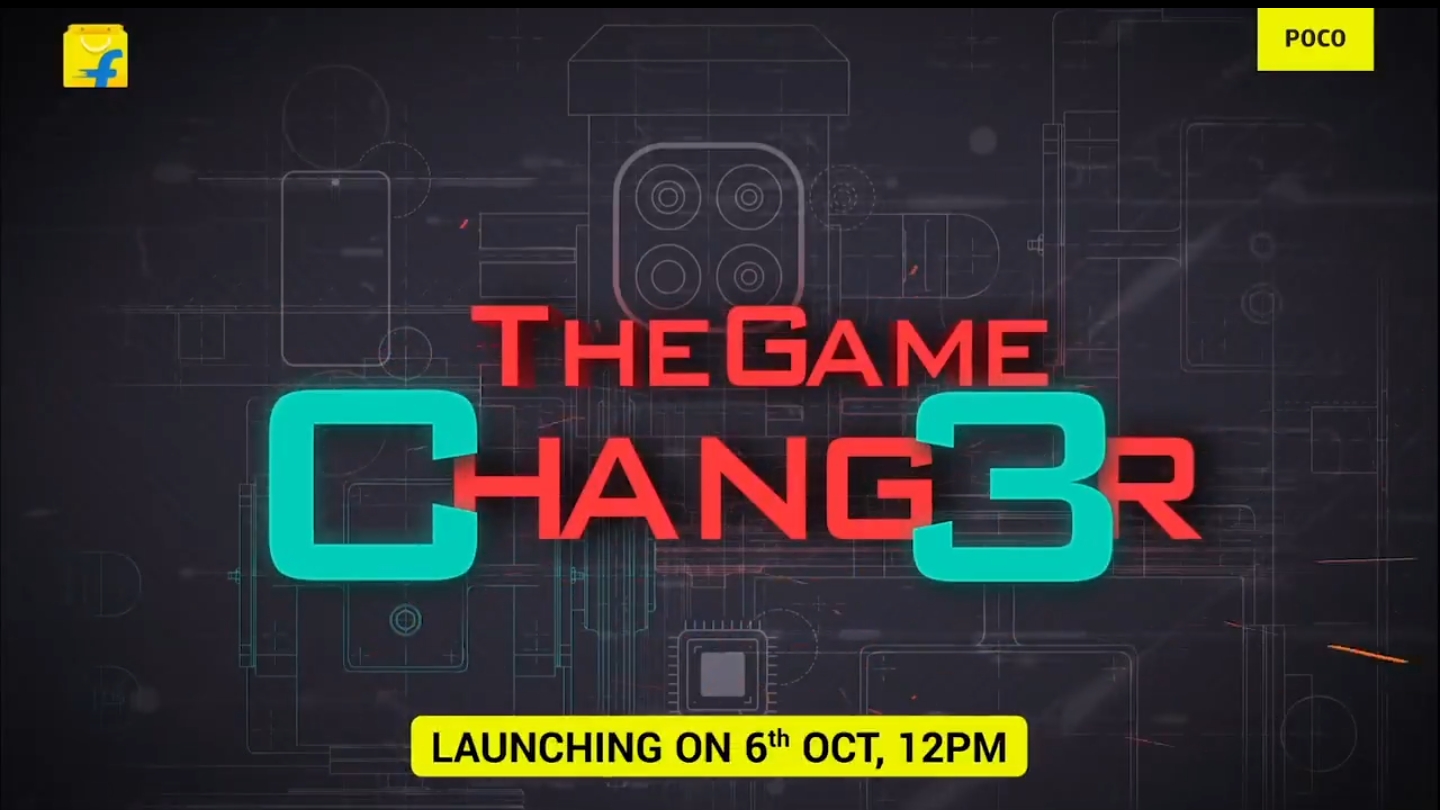 Few days ago, a leak also made rounds the internet that showed the retail box of the Poco C3 which mentioned the MRP of the device that was Rs 10,990 for the 4GB RAM and 64GB storage variant.

The Poco C3 is expected to have a 6.53-inch HD+ display with a resolution of 720×1600. According to the new vector style figure showcased in the teaser by Poco, the device is expected to have triple-camera setup with the main sensor being a 13MP shooter paired with a 2MP macro lens and a 2MP depth sensor. On the front, the device should have a 5MP camera for selfies.

The gaming laptop comes with ROG ScreenPad Plus display that is 14.1 inches in size and can be tilted by 13 degrees, up to a 10th-generation Intel Core i9 processor, with up to Nvidia GeForce RTX 2080 Super Max-Q graphics. 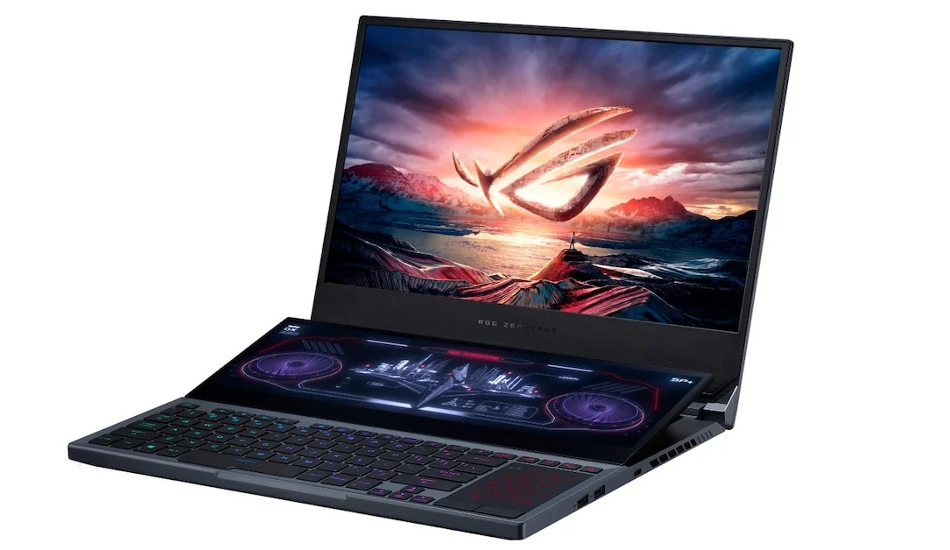 Google Meet offering unlimited calling to all its users

Google is now claiming that it will be giving its users unlimited calling (up to 24 hours) as the video calling app has been a source for many of the family gatherings and official meetings, and the app has been helping people connect. The new 24 hour call limit will be available to all the free users till March 2021. Google announced the news through a blog post.

Google recently also added new features to the Google Meet such as the background blur and the ability to add 49 people into a video call. 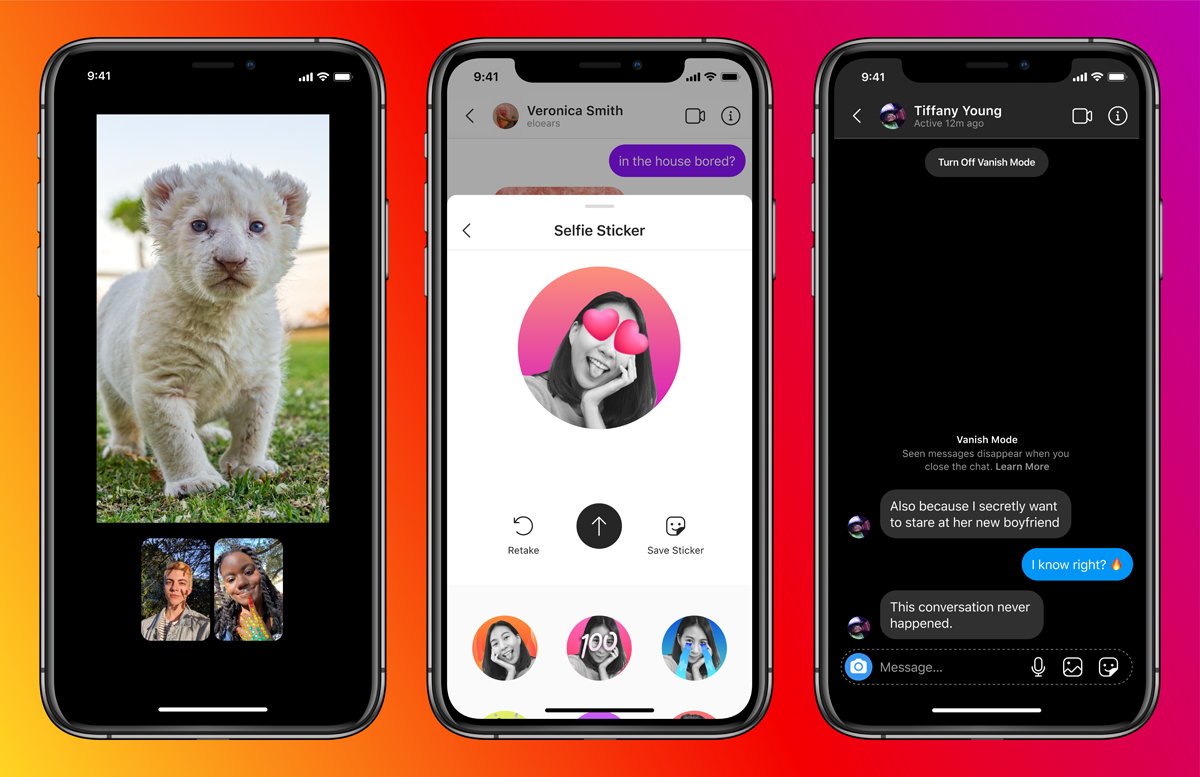 Instagram is also announcing new Privacy features which will allow you to manage your privacy even more securely, including whether message requests go to your Chats list, your Message Requests folder, or whether you receive them at all.

The confirmation comes via the company on its official Twitter handle. The tweet reads "Infinitely Capable Quick View Display. Ultra-Premium Flip Design. Stunningly Compact. Unveiling on 5th Oct, 12 PM.  #MinimalMeetsMaximal #Motorolarazr5G" It confirms that the phone will be launched in the country at 12 P.M. 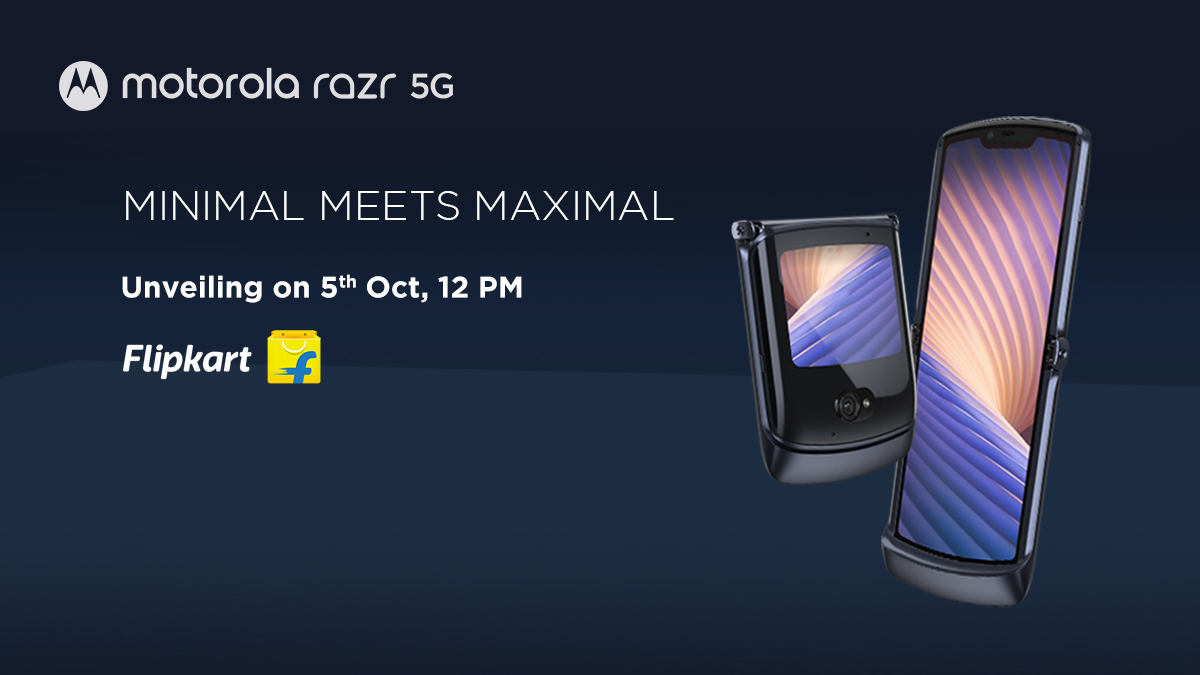 Read more: Pixel 4A launching in India on October 17, to go on sale via Flipkart 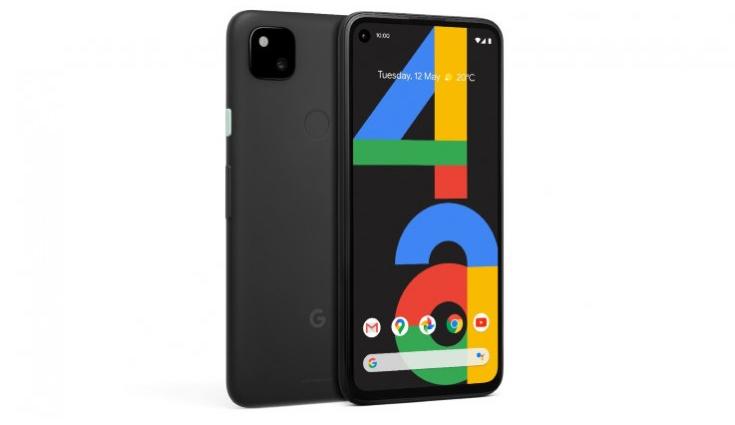 Pixel 4A 5G and Pixel 5 launched, but not coming to India

The Google Pixel 5 and 4A 5G have been launched by Google at the 'Launch Night In' event held by the company last night. The new devices comes with Snapdragon 765G, 128GB of Storage, dual camera setup where the primary sensor is a 12.2MP shooter and a wide angle shooter of 16MP. 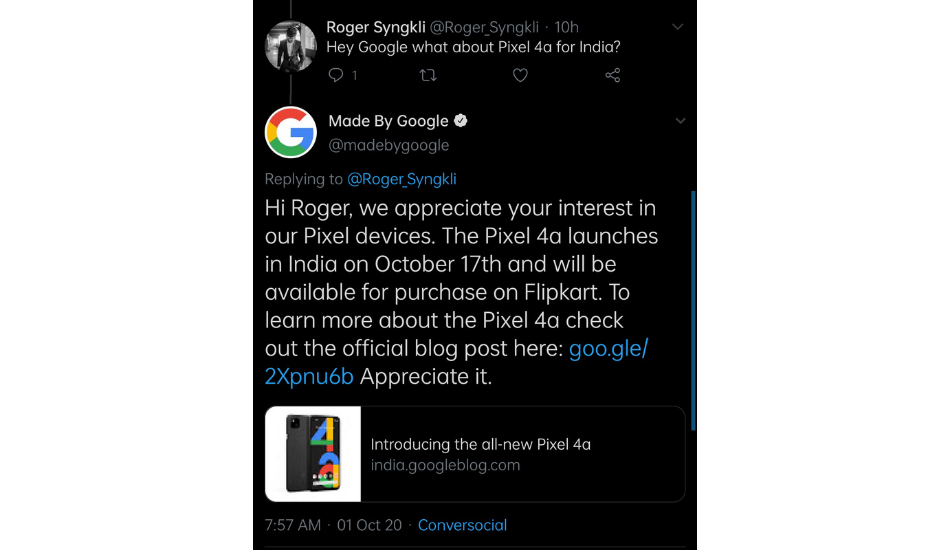 The devices won't be making their way to India, but Google has confirmed through a tweet that the Pixel 4A (4G) will be coming to India on October 17th and will be available on Flipkart.

Realme will be launching Realme Buds Wireless Pro and Buds Air Pro on October 7 in India. The company has already confirmed to launch Realme Smart SLED 4K TV and Realme 7i in India on October 7. 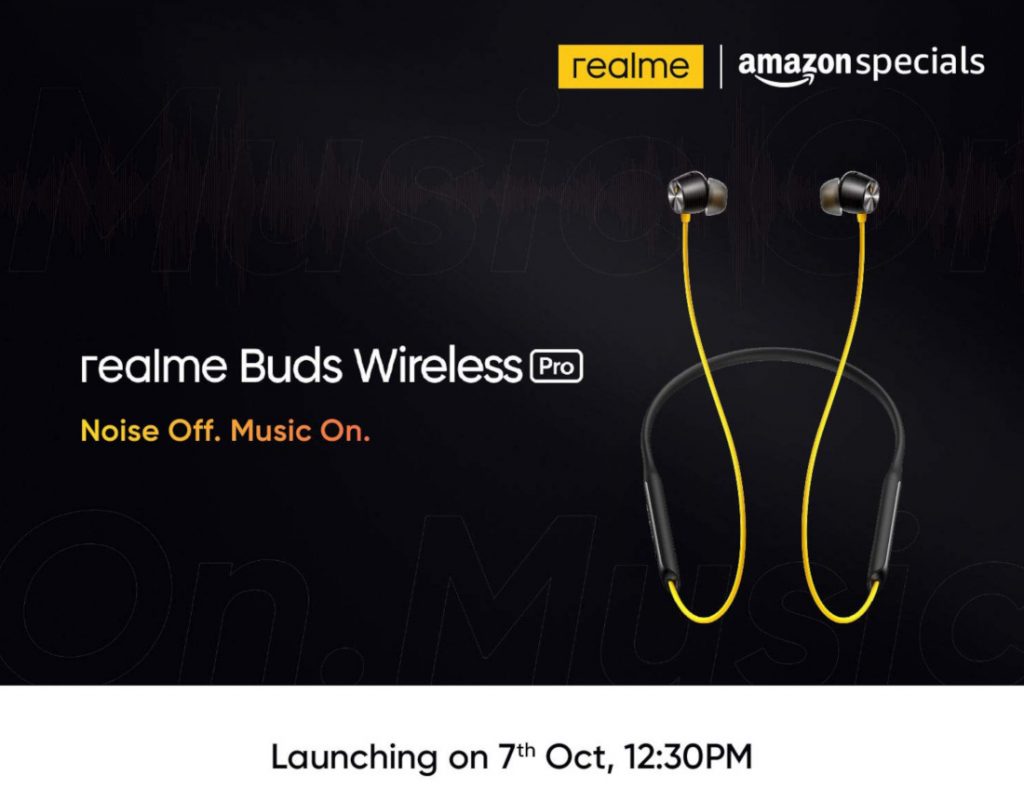 Google has launched a new smart speaker – the Nest Audio. It is an update to the original Google Home,  and comes with a list of acoustic upgrades for a better music listening experience, apart from a slimmer profile. It brings forward some of the Assistant features the Nest Mini introduced last year, and it has the same sustainable fabric design using 70 percent recycled plastic. The Google Nest Audio has been priced at $99.99 (roughly Rs. 7,400). India pricing has not been revealed, though the country is amongst the first wave of launch countries. It will go on sale in the US, Canada, and India starting October 5. In India, it will be available via Flipkart and other retail outlets, the company revealed on its India blog post. 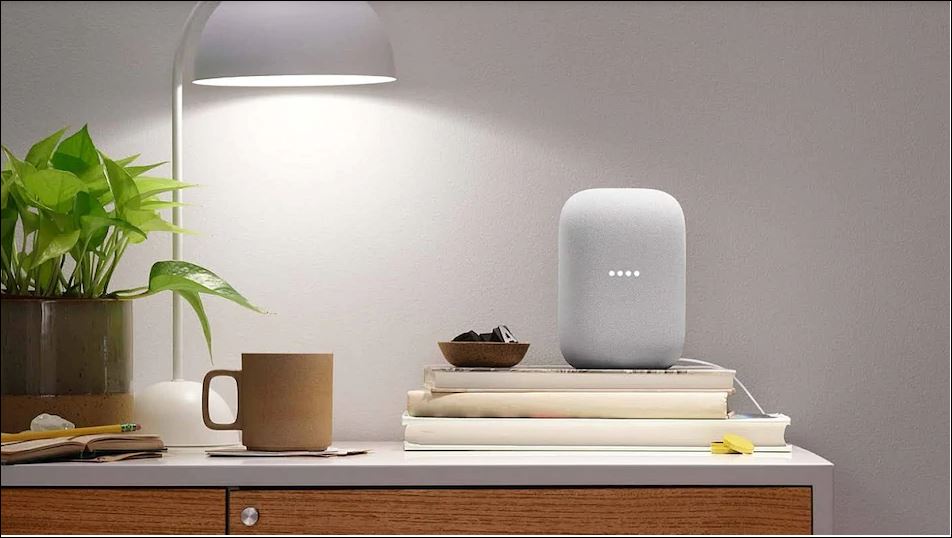 Octavez: An App for all the music lovers out there