Google pulls down another TikTok-like app from Play Store 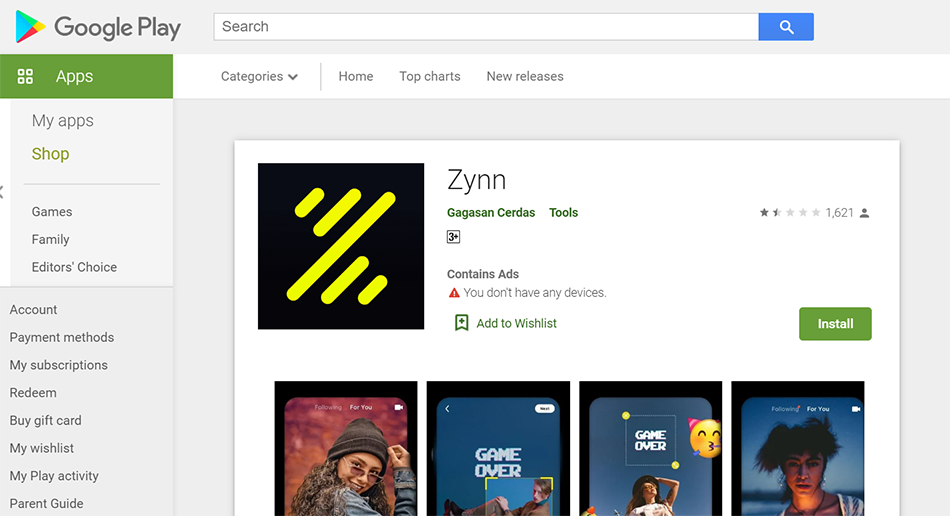 The app has been accused of stealing data from other platforms for users to consume.

Google’s app moderation team has been busy taking action against quite a few platforms recently. After Mitron and Remove China Apps, the company has found another TikTok-like app violating its policies in the US. The app called Zynn has become popular in the US but allegedly it has been stealing data from other apps. This has prompted Google to take strict action against the company and remove the app from its Play Store, according to a BBC report.

The biggest lure of Zynn has been its monetising model. So if any users signs up on the platform and watches videos they get cash payouts from the brand. But users on social media have been complaining that Zynn is hosting content owned by someone else without their permission. The company claims it has stringent plagiarism model in place to keep a check on the content being posted. But Google has probably heard through legitimate issues with the app, forcing the removal.

Zynn is basically the TikTok rival, and has found millions of takers in the US for its unique watch-get-paid model. Users can watch videos and ask their friends to sign up on Zynn, and the platform will pay them either in gift cards to transfer money directly through PayPal. No wonder, it has become popular in such a short span of time. And this popularity and its malpractices has alerted Google of some wrongdoing.

Zynn is owned byKuaishou, which interestingly is the Chinese rival to TikTok’s parent company ByteDance. While Google has removed the app from the Play Store, reports say Apple is also looking into the allegations against Zynn and will most likely take action if found guilty of breaching its app store regulations.

Chinese apps all across the globe have become popular. You have TikTok in India with over 600 million users, and Zynn is quickly picked up steam in the US market. But it’s hard to deny that adhering to guidelines is critical, and these companies will have to mend their ways to become trusted partners of Google and Apple in the years to come.