TicWatch GTW eSIM has been launched with calling functionality so the user can make calls even when not connected to a phone. 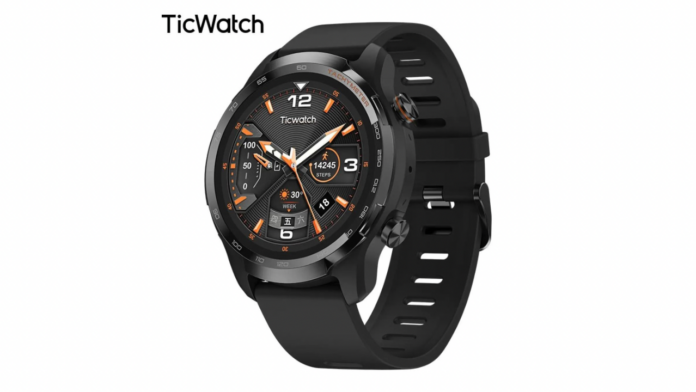 Mobvoi has launched a new smartwatch in under its TicWatch series called the TicWatch GTW eSIM. As the name suggests, the smartwatch allows the user to make calls from the watch even when it is not connected to a smartphone. Further, the watch is claimed to last up to 30 days on a single charge.

TicWatch GTW eSIM costs CNY 999 (approx Rs 11,600) and is currently available for pre-booking on JD.com. The smartwatch will go on sale from June 2. Availability details outside of China is yet to be announced.

The TicWatch GTW eSIM sports a 1.39-inch AMOLED display, and comes with support for over 100 watch faces. As the device supports eSIM functionality, it allows the user to make a call without being connected to a smartphone. The calling facility is currently available only with two service providers in China. The watch connects with a smartphone via Bluetooth 5.0.

In addition, the TicWatch GTW eSIM can be coupled with leather or metal straps. The watch supports over 100 sports and exercises including cycling, football, hiking, running, skipping, and more. It also gets a TicMotion AI algorithm feature where it is claimed to automatically sense what sport the user wearing the watch is playing.

The smartwatch supports NFC which can be used across 300 cities in China so users can tap and pay at certain portals. Additional features of the smartwatch include GPS, music control, and support for smart notifications from apps. Further, the watch has a 24-hour heart rate monitoring feature, blood oxygen monitoring, sleep tracking, stress tracking, and more.

As for battery, the new TicWatch is backed by a 595mAh battery which can last up to 30 days under regular usage, and up to 7 days when used for calling, listening to music, among others. Lastly, the wearable is rated IP68 for dust and water resistance.