Thomson is ready to launch its first ever Android Tv in 42-inch and 43-inch under PATH series. The TV’s will be available at special prices starting Rs 19,999 and Rs 22,499 respectively during Republic Day Sale, starting January 20th to January 24th, only on Flipkart.

The TVs offer Voice Control Google Assistant, dedicated buttons for Prime, YouTube and Sony Liv, and both the models have 3 ports HDM1 2.0 and support RF input. With power consumption < 75 the models grade at Level 5 on energy efficiency. 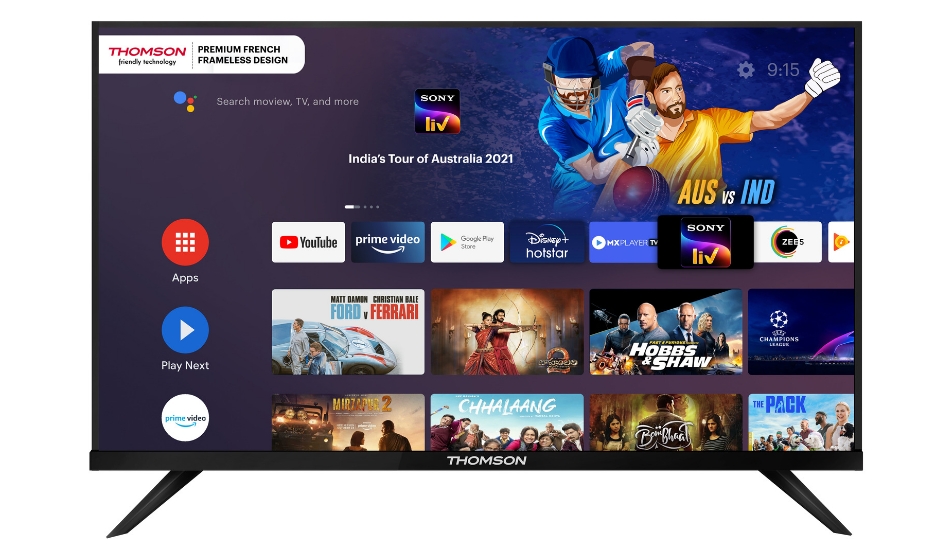 The TV’s have a Bright Display and a wide viewing angle of 178 degrees. It is powered by a quad-core CPU, Mali quad-core graphics processor, and a 1.4-GHz clock speed. Apart from these, it has an Amlogic chipset with ARM Cortex-A53 processor.

The TV is Bluetooth and HDMI-enabled, and it supports USB connectivity. It has Chromecast (Android) and AirPlay (iOS) support to help you cast your smartphone or even your tablet on the TV’s display.

The TVs sport 30-watt speakers and comes with a smart remote that features dedicated hot keys that help you access different apps, such as Sony Liv, Amazon Prime Video, and YouTube. It also has a button so that you can use the Google Assistant feature.