Tecno Pova 3 to be announced on May 25, price leaked

Tecno Pova 3 will be launched on May 25th in the Philippines. It will come in Electric Blue, Tech Silver, and Eco Black colours. 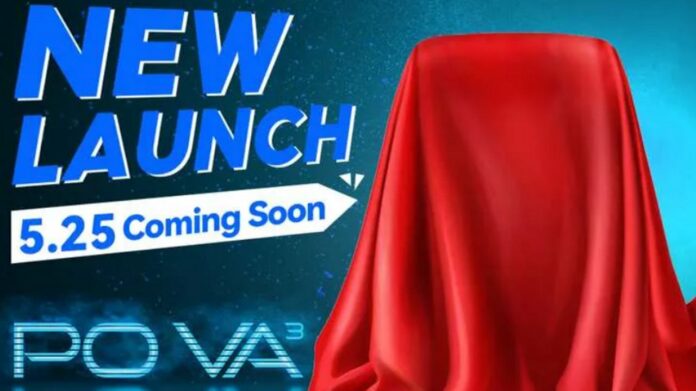 UPDATE 05/23/2022: Ahead of the launch, tipster Paras Guglani has shared a couple of images of the Tecno Pova 3 as per which it will sport punch-hole display on the front. The back will feature a triple camera setup with a quad-LED flash. He also says that the phone will come to India next month.

The Tecno Pova 3 is going to be announced on the May 25 globally. The price of the phone has also leaked online. To recall, the predecessor of the upcoming phone – Pova 2 smartphone was launched in the global market last year.

As per recently leaked renders of Tecno Pova 3, the phone will come in Electric Blue, Tech Silver, and Eco Black colour variants. At the back side, there will be a triple camera setup aligned vertically on the top left corner, with the LED flash next to it.

The phone will sport a center aligned punch hole cutout for the selfie camera. Further, the right side appears to house the volume rockers and the side mounted fingerprint scanner as well.

The Tecno Pova 3 will feature a large 6.9-inch full HD+ dot-in display with a 1080 × 2460 pixel resolution. Further, the handset is said to come with a 90Hz refresh rate. Under the hood, the phone is expected to be powered by an octa-core MediaTek Helio G88 chipset.