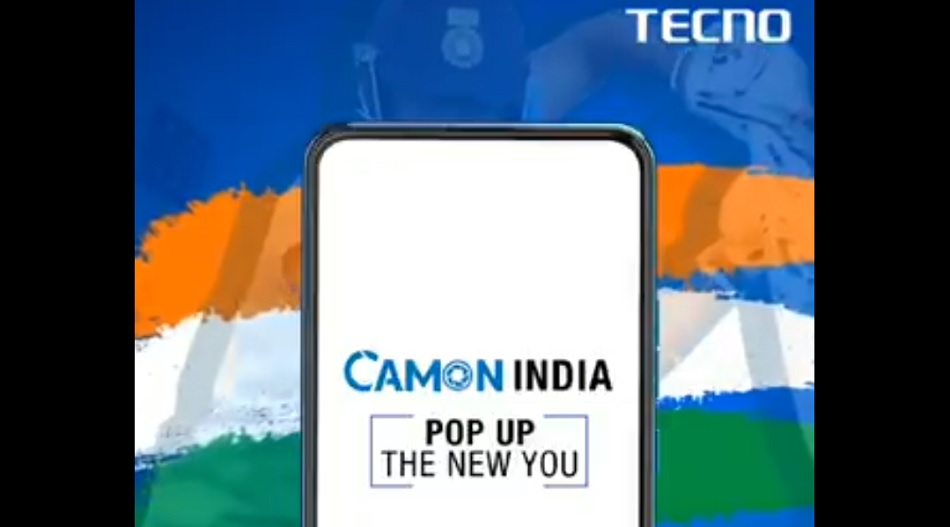 The company has also confirmed that the upcoming pop-up camera smartphone will launch under its Camon series.

Tecno Mobile is all set to launch its first pop up camera smartphone in India soon. The company has started teasing the same on its official Twitter account and has also confirmed through its teaser that the upcoming phone will launch under its Camon series.

A few days back, Infinix announced to launch its first pop-up camera phone named Infinix S5 pro in India and that time it was apparent that Tecno will also announce its first Pop up camera smartphone sooner or later, as both the brand owned by the Transsion Holdings Limited.

As of now, there is no much information on when Tecno mobile will launch its latest smartphone bearing pop up camera module in India. However, as per reports floating in ourneighbouring country, the smartphone is expected to see the lights in February and will also offer Quad rear camera setup.

It comes packed with 4000mAh battery with AI Saving runs on HiOS 5.5.2 based on Android 9.0 Go Edition. For the camera, Spark Go Plus has a single 8MP rear camera setup with f/2 aperture, LED Flash and on the front, it has an 8MP selfie camera with Flash. Connectivity options include Dual VoLTE, Bluetooth 5.0, Micro USB port, 3-in-1 Non-hybrid SIM Slot and WiFi 802.11 b/g/n/.