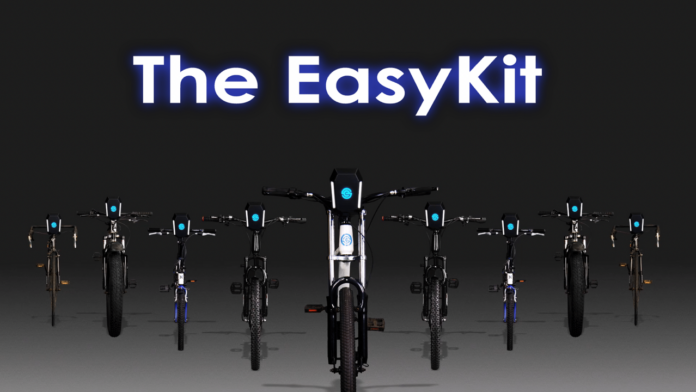 Strictly Electric, a Mumbai-based EV startup has launched India’s First Universal Electric conversion Kit for Bicycles called the EasyKit. The company claims that if you own a regular bicycle, you can upgrade it to an electric one in less than 20 minutes in a completely DIY manner with its own EasyKit.

“Strictly Electric was founded with a vision to promote the mass adoption of EVs in India. To achieve this vision, Mihir Pawar (CTO) & Durgesh Garud (CEO) decided to design, manufacture and sell high-quality electric bicycles”, says the company. It has launched EasyKit for prebooking on its official website on 20th January 2022.

In India, Cycles come in a lot of varieties such as road bikes, mountain bikes, cruiser bikes, recumbent bikes, city bikes, Racer bikes, etc. Different people have different choices when it comes to their cycles, and the e-cycles available in the market are standardized to around 23 formats. Furthermore, the company states that since most of the manufacturing cost goes into making the power train, the quality of the cycle itself was compromised to make it more cost appealing, whereas e-cycles that came with a good frame and mechanical components would generally cost a lot.

Further, the company says that through research, they found that there were many problems with the fixed battery setup; for example, you would need to carry the entire cycle to the charging spot in your house or office which made it difficult to use as a daily commuting option. This is when the concept of EasyKit was born, through which a normal bicycle would be upgraded to electric and give features that solve most of the above problems.

As for the features of the EasyKit, they are as follows:

There’s also a pedal-assist model which calculates the effort you put in while cycling and instructs the motor to give you an extra boost of power. If you don’t feel like using the pedals, you can use the throttle mode and drive your cycle like a moped/scooter. Lastly, it comes with a sleek attractive design as opposed to the bulky industrial look currently available in the market.