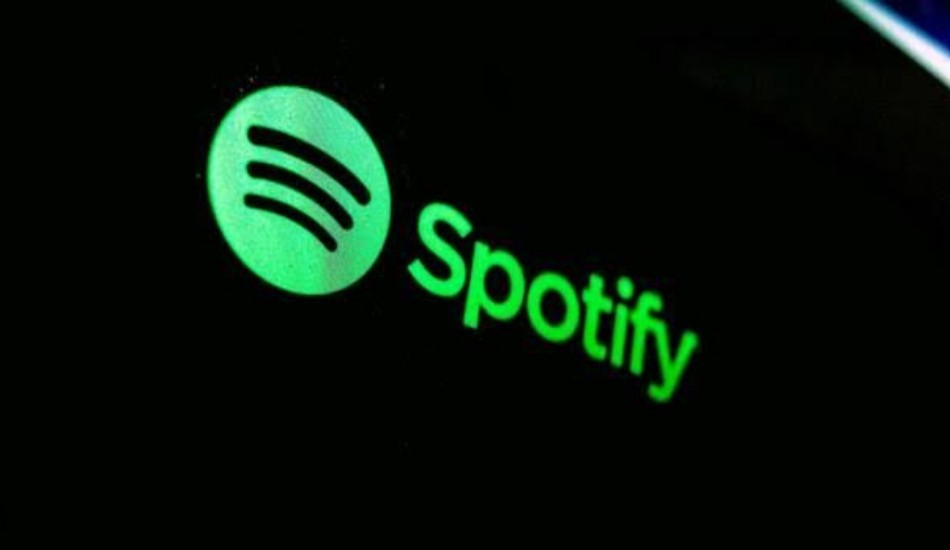 Spotify is reportedly working on the ability to play locally stored music on a device, within its Android app.

Spotify is reportedly working on adding the ability to play local music files within its Android app. The music streaming service has provided the same functionality on its desktop app since long back, but it wasn’t available on the android app, yet.

As spotted by an app engineer that goes by the name Jane Manchun Wong, the Spotify app will soon add a toggle labelled ‘Show device files’ after enabling which, users will be able to play music on the Spotify app which is locally stored on their device. 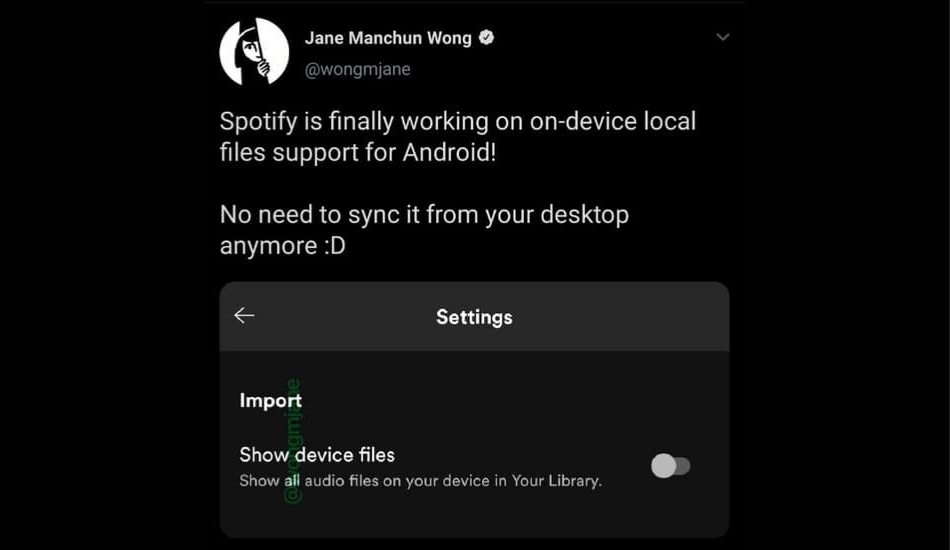 As obvious as it is, the local files won’t require an internet connection which means those of you who rely on Spotify for listening to music, will now also be able to use it to play local music even when you are not connected to the internet. 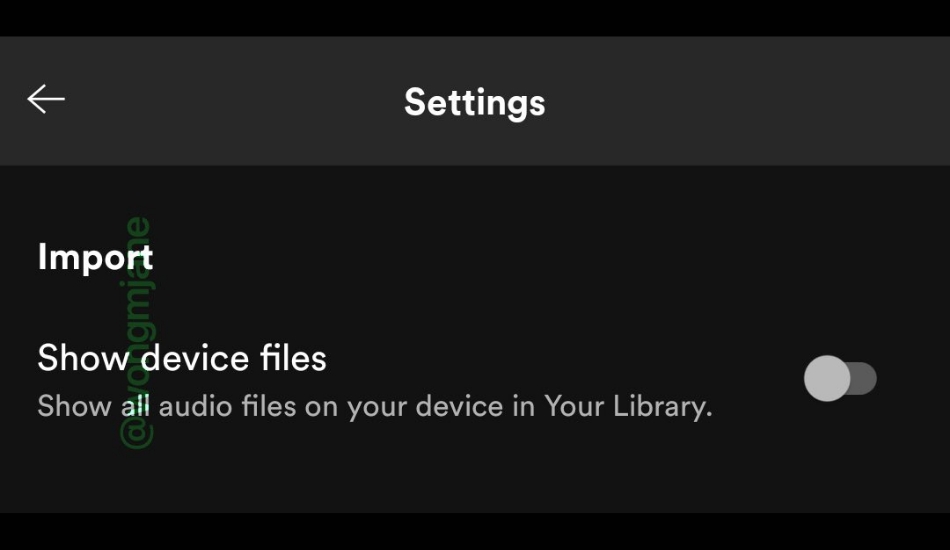 Most of the music streaming apps such as YouTube Music, Gaana, JioSaavn already support the feature and adding the same functionality to its app, Spotify should be able to attract more customers as it moves towards its shift from just a music streaming app, to a complete media app.

In related news to Spotify, the company also started testing a new ‘Stories’ feature with a small group of popular artists. The stories feature works similar to a plethora of other apps that have it including Instagram, Facebook, Snapchat, etc.

The feature currently works with some selected playlists which can be accessed on Android and iOS apps. Stories are visible for the recently-updated Christmas Hits playlist, and for various other artists whose music is on the playlist including Jennifer Lopez, Kelly Clarkson and Pentatonix.