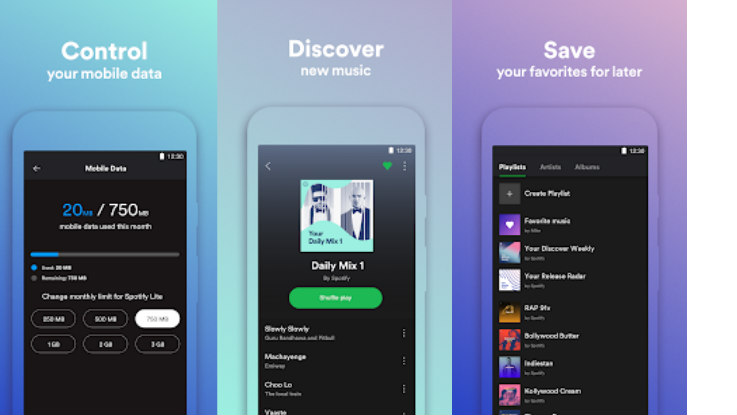 The app is available to download on Android via the Google Play store.

Spotify has announced the launch of a new Lite version of its music streaming application. Dubbed as Spotify Lite, the app is available to download on Android via Google Play store. The brand introduced the Beta version in May this year in India.

The company revealed that the application is available in 36 countries including India, Brazil, Canada, Mexico, Argentina, Peru, Chile, Colombia, Bolivia, Costa Rica and more. The app is only 10MB in size and it is quite quick to install and operate. The company says that one can monitor cache data and clear it with a single tap. The Lite version also allows to set data limit and users will get a notification when he/she reaches the pre-defined data limit.

The app is compatible with any device running Android version 4.3 or higher. The working of the application is similar to the main app. One can play personalised playlists based on his/her hearing pattern. The app also supports regional music in India including Punjabi, Tamil and more. Like the standard app, this one also comes with an option for Free and Premium memberships One can also search for artists and songs and download them with a Premium account.

“We announced the availability of Spotify Lite Beta in India a couple of months ago to gauge user interest, which was high. As a result, Spotify Lite is now out of test mode, and available as an app for all users in the country. This small, fast app will make millions of free songs more accessible to anyone who may have an older mobile device, limited storage on their phones, are in poor internet connectivity areas, or just don’t want to spend excess data on listening to music. We are committed to the long-term development of the music streaming industry, and the launch of Spotify Lite is another strong step in that direction,” said Amarjit Singh Batra, MD – India, Spotify.