Spice has also announced that two more models in the Mettle series, the Mettle 4X and Mettle 3.5X, will be launched later this month.

This dual sim (2G+2G) smartphone runs on Android 4.2 Jelly Bean and is powered by a 1.3 GHz dual core processor. As the name suggests, the phone comes with metal finish. Besides, Spice Smart Flo Mettle 5X comes with 4 GB ROM and 512 MB RAM which is expandable upto 32 GB through a micro SD card. It has an 1800 mAh battery that claims to provide 4 hours of talktime and up to 150 hours standby. 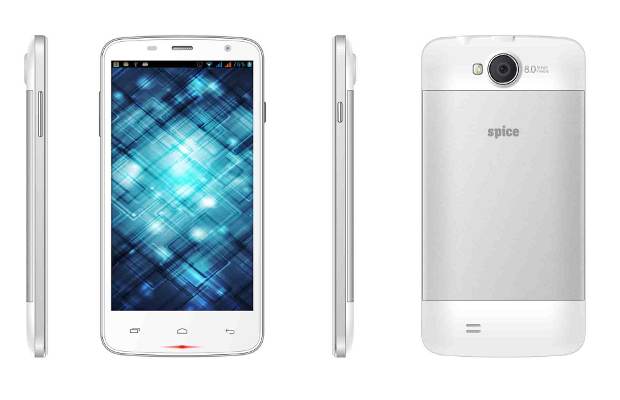 The phone has 8 megapixel rear camera along with an LED flash, 5 inch screen, and a 1.3 megapixel front camera. “Spice Smart Flo Mettle 5X packs unique features like 4 unique launchers which give the user an option of choosing the home screen. 8 unique unlock options allow users to unlock the phone in 8 different ways. 3 feather touch keys, Flip to mute feature, Quad Band on 2G, Super power saver make this phone a user’s delight. It also sports an innovative Voice Unlock feature which allows the user to unlock the phone with a pre-defined voice command,” Spice further added.