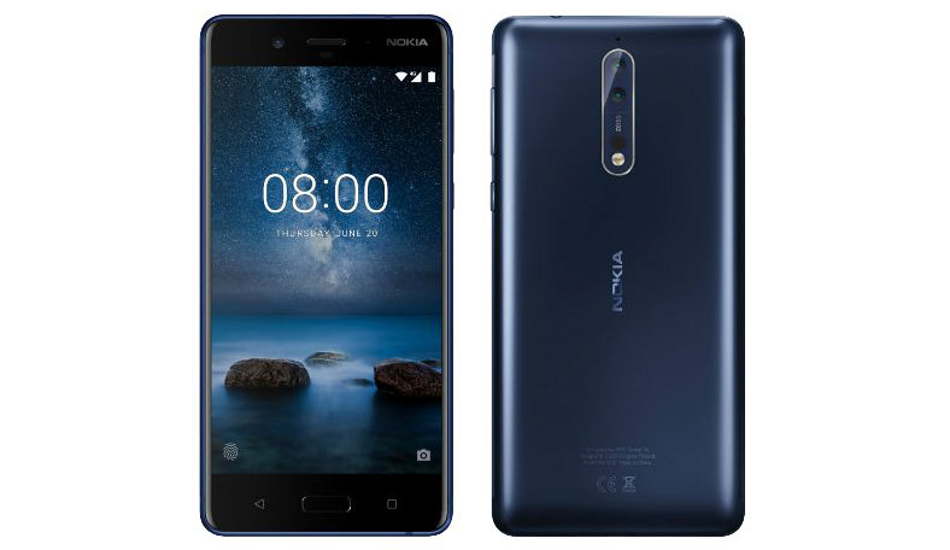 For the camera optics, it will feature a 16-megapixel and 16-megapixel dual camera setup on the back along with dual-tone LED flash. For the front, there is 13-megapixel selfie camera.

After launching Nokia 8 Sirocco, Nokia 7 Plus, Nokia 1, Nokia 6 (2018) at the Mobile World Congress (MWC) 2018 event recently, HMD Global is now working on Nokia 8 Pro and Nokia 9 which are expected to be launched later this year. We have already seen Nokia 9 appearing in leaks earlier and now the specs sheet of Nokia 8 Pro has been leaked online.

A website HowToTechNaija via GizmoChina has published a complete spec sheet of Nokia 8 Pro. As per the report, the Nokia 8 Pro will feature a 6.01-inch full HD display with 1080 x 2160 pixel resolution and 18:9 aspect ratio. Nokia 8 Pro smartphone will be reportedly powered by Qualcomm Snapdragon 845 chipset which is coupled with 6GB/8GB RAM and 64GB/128GB of internal storage. 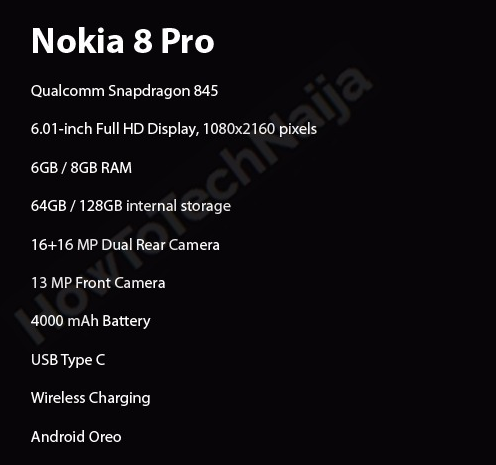 For the camera optics, it will feature a 16-megapixel and 16-megapixel dual camera setup on the back along with dual-tone LED flash. For the front, there is 13-megapixel selfie camera. It is backed up by 4000mAh battery and it also supports wireless charging. It is said to run on Android 8.0 Oreo. On the connectivity front, it will feature a USB Type C port.