Nokia 9 will be running on the latest Android 8.0 Oreo. It will come with a 128GB UFS 2.1 storage, which will be sourced from Samsung.

HMD Global recently launched Nokia 8 Sirocco, Nokia 7 Plus, Nokia 1, Nokia 6 (2018) at the Mobile World Congress (MWC) 2018 event, though the company did not launch the much in leaks Nokia 9 at the event. Recently a report suggested that Nokia 9 along with Nokia 8 Pro arein the works and may be launched later this month. Now if a new report is to be believed, Nokia 9 will feature an in-display fingerprint sensor.

NokiaPowerUser report claims that the Nokia 9 is going to feature an in-display fingerprint sensor. The report says that the flagship Nokia 9 will feature a notch and will have very narrow bezels. The upcoming flagship will come equipped with an in-display fingerprint scanner, similar to the concept phone Vivo Apex, which was shown off at this year’s MWC. With this, Nokia 9 will be joining those Android smartphones who will sport the controversial iPhone X-like notch.

Meanwhile, another report of NokiaPowerUser says a Chines website, Biadu has posted a hand-sketched image of Nokia 9 2018/8 Pro and the image shows it sporting a notch. 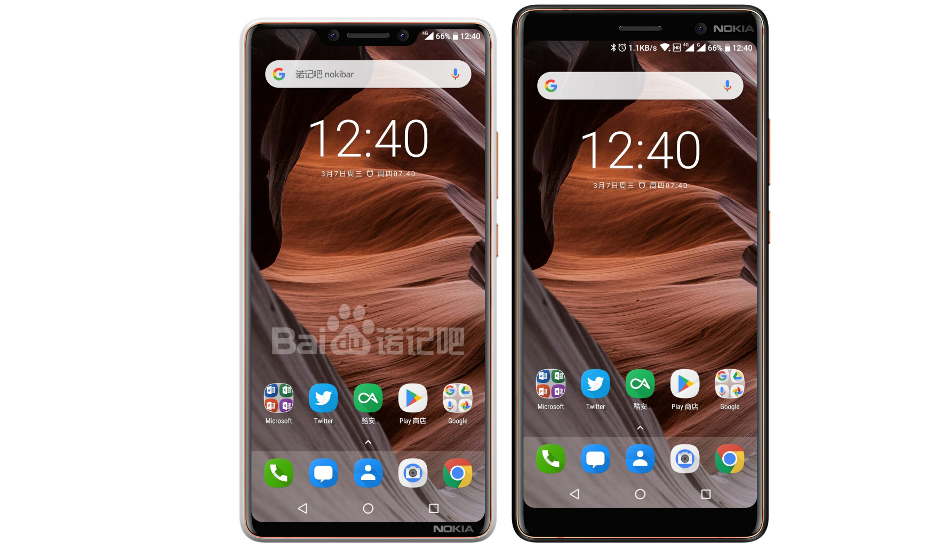 As per an earlier report, Nokia 9 is said to arrive with a 5.7-inch display. It is expected that the screen will offer an 18:9 aspect ratio. Nokia 9 may feature a slightly larger display as compared to the Nokia 8 Pro. It could be the HMD’s first smartphone to come with the in-display sensor. However, the main highlight of the phone could be its Penta-lens camera setup. It will be competing with premium flagship phones like the Samsung Galaxy S9+.

Nokia 9 will be running on the latest Android 8.0 Oreo. It will come with a 128GB UFS 2.1 storage, which will be sourced from Samsung. Coming to the camera front, the smartphone will bear a dual-camera setup at the back panel. The primary sensor will be of 12-megapixel, while the secondary sensor will be of 13-megapixel. For the front, there would be a 5-megapixel selfie camera. The smartphone will be backed by a 3,250mAh battery with fast charging support.

Earlier, Nokia 9 was spotted at the launch of the Nokia 8 for the Indonesian market held in Jakarta. The images show the smartphone featuring a glass back with a dual-camera setup on the back in a vertical arrangement at the centre and a huge 18:9 display. There also lies the fingerprint sensor below the dual cameras.