Sony’s wearable air conditioner can fit inside your shirt 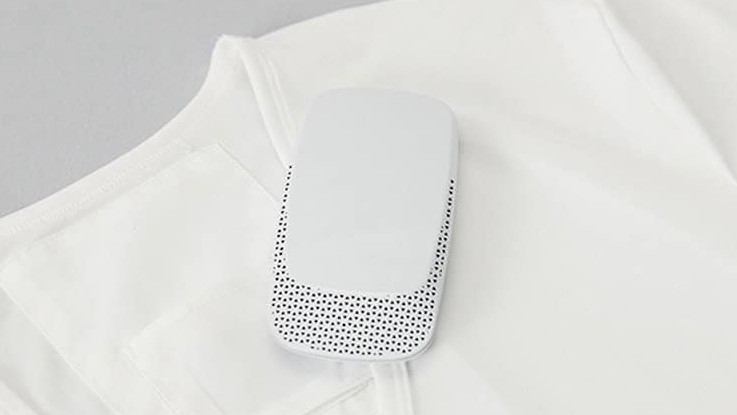 Sony’s wearable air conditioner can easily fit in your shirt to keep you cool in summer.

Dubbed as Reon Pocket, the new wearable air conditioner from Sony comes with a host of interesting features. It is available only in Japan for 13,000 Yen (approx. Rs 9,000). The wearable air conditioner was teased in 2019 and it was supposed to launch during the 2020 Tokyo Olympics. However, the Olympics has been pushed to 2021, Sony has decided to launch the product right now.

The wearable air conditioner from Sony weighs just 85 grams and it is small enough to fit into a regular-sized pocket. The company has also revealed a special t-shirt that makes it easier to carry the pocket AC. The company claims that with the latest device, it can bring down the temperature by 13 degrees Celsius to give some relief from the heat. Furthermore, the AC can be also used in the winters as it can increase the temperature up to 8 degrees Celsius.

In order to use this device, users need to first put it into the inner pocket of the t-shirt and then download the Reon Pock application from the Google Play Store or Apple App Store. From the app, one can switch on or off the air conditioner. Furthermore, one can also toggle between cooling and warming. Additionally, users can also adjust the temperature with a simple click.

It is important to note that the device must make contact with the skin in order to provide cooling. It works on the Peltier effect, which is the concept of thermodynamics. Sony’s wearable air conditioner can deliver up to 90 minutes of battery life and it takes two hours to get completely charged via USB Type-C port.