The company has started sending out media invites for the launch event, which will take place on September 25.

Sony is all set to launch its flagship, the Xperia XZ1, in India on September 25. The company has started sending out media invites for the launch event and it is scheduled to take place in New Delhi at 11:30 AM IST.

To recall, the smartphone was announced at the IFA 2017 event in Berlin along with Xperia XZ1 Compact. Sony said during the launch event that both the smartphones will ship with Android 8.0 Oreo and it could be the first smartphone launched in India that will come pre-loaded with the latest Android version. 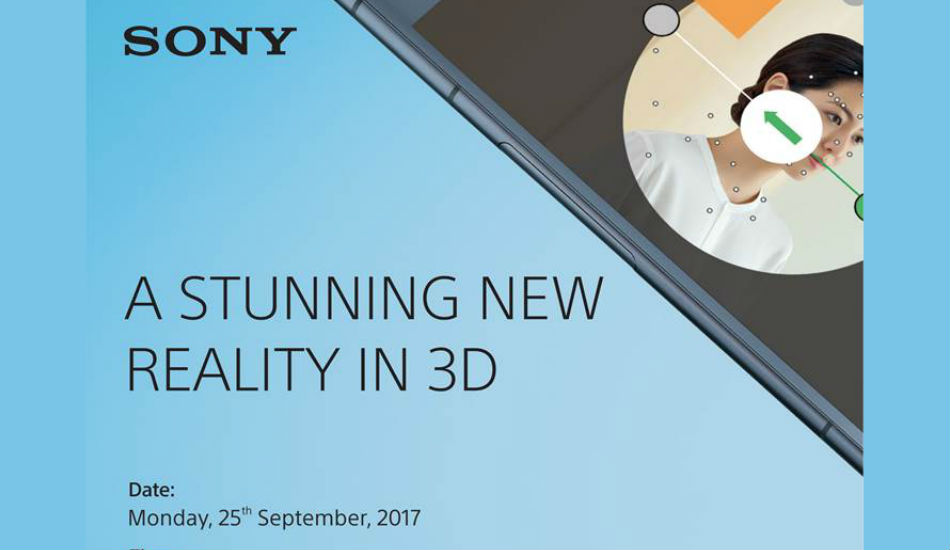 To recollect some key specifications, the Xperia XZ1, the smartphone will be available in Moonlit Blue, Venus Pink, Warm Silver, and Classic Black colour options. The smartphone comes with a loop surface design and sports a 5.2-inch Full HD HDR display with Triluminos, X-reality picture engine and dynamic contrast enhancement, which is protected by Corning Gorilla Glass 4 on front and back. The device comes with IP68 certification as well.

Another major highlight of the Xperia XZ1 is the camera. It comes with latest motion eye camera along with memory-stacked Exmor RS image sensor, which the company claims can record super slow motion videos at 960 frames per second. The primary camera comes with a 19-megapixel sensor with 1/2.3-inch sensor along with predictive capture, autofocus burst, anti-distortion shutter, triple image sensing technology and 4K recording. For the front, there is a 13-megapixel Exmor RS sensor with 22mm wide angle lens and aperture f/2.0.

The smartphone runs on the latest Qualcomm Snapdragon 835 processor along with Adreno 540 GPU. The phone is backed by a 4GB of RAM and 64GB of internal storage, which can be further expanded up to 256GB via micro SD card slot.