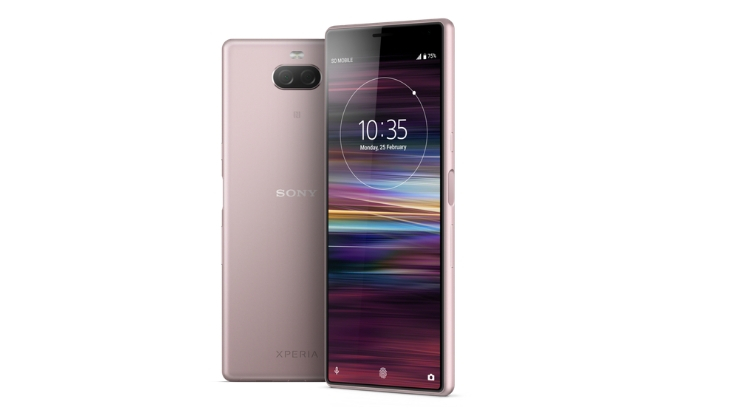 Sony launched Xperia 10 smartphone along with Xperia 1, Xperia L3 and Xperia 10 Plus smartphones at the Mobile World Congress held earlier this year. Now seems like the company is working on the successor of Xperia 10 which will be dubbed as Sony Xperia 20.

Some key specifications have been shared by Japanese blog SumahoInfo. As per the report, the Sony Xperia 20 could feature a 6-inch full HD+ display and 21:9 aspect ratio. The phone will be powered by a Qualcomm Snapdragon 710 processor. 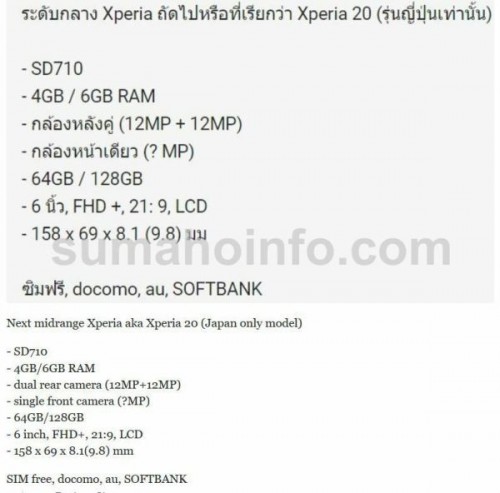 The Sony Xperia 20 is said to come in two variants – 4GB RAM with 64GB storage and 6GB RAM with 128GB storage. For the camera department, the phone will reportedly be sporting a dual primary camera setup with a combination of two 12-megapixel sensors. On the front, the device will feature a single camera. However, the report doesn’t reveal the resolution front camera sensor.

The report further reveals that the Xperia 20 will measure 158 x 69 x 8.1 mm but that its weight is unknown. Lastly, it reveals that the phone will be available SIM-free from telecom operators including Docomo, au, and Softbank. The company would launch the new smartphone at IFA 2019 in September, the report said.