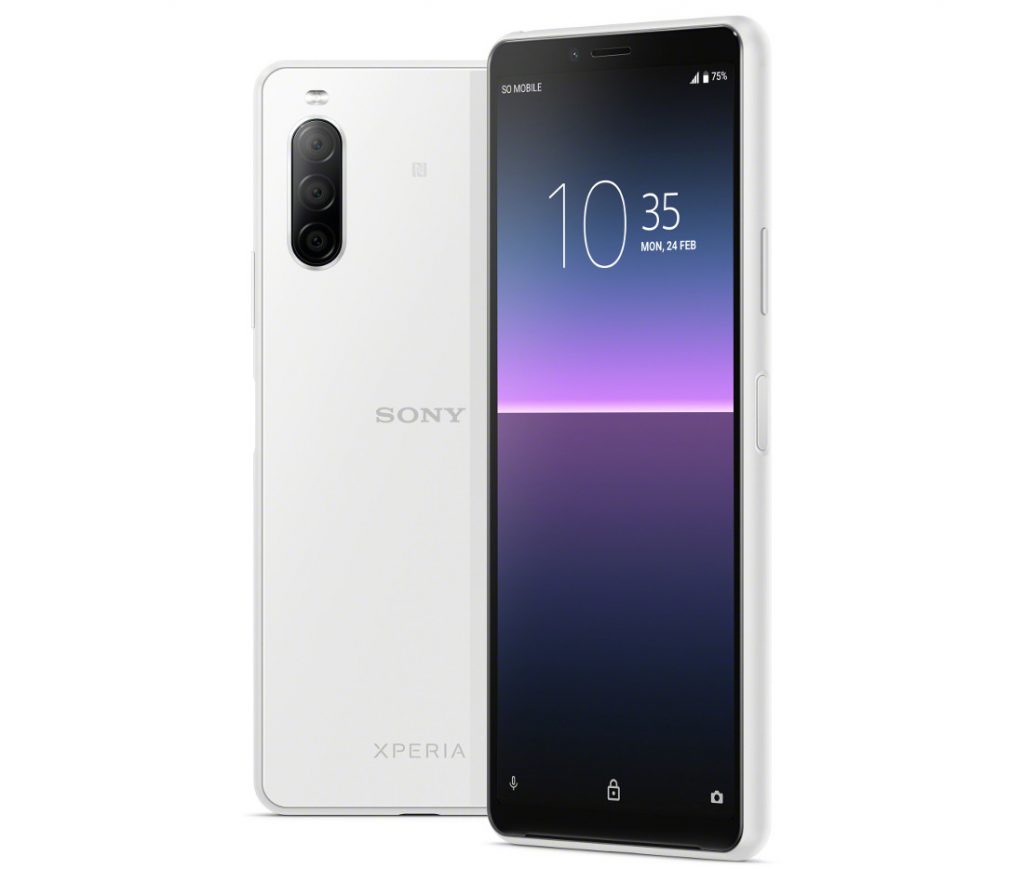 The Sony Xperia 10 II is loaded with a 3,600mAh battery with Adaptive Charging, 18W fast charging.

The Sony Xperia 10 II sports a 6-inch Full HD+ OLED display with 21:9 aspect ratio and Corning Gorilla Glass 6 protection. The smartphone is powered by the latest Qualcomm Snapdragon 665 processor along with 4GB of RAM and 128GB of internal storage and expandable memory up to 512GB via microSD card.

The Xperia 10 II is loaded with a 3,600mAh battery with Adaptive Charging, 18W fast charging. The phone comes with 3.5mm audio jack along with Hi-Res Audio, LDAC and DSEE HX. The phone runs on Android 10. It measures 157 x 69 x 8.2 mm and weighs 151 grams. The device is also IP65/68 water and dust proof and it has a side-mounted fingerprint sensor.

Alongside the Xperia 1 II and Xperia 10 II, the company has brought the Xperia Pro as an under-development 5G device specifically designed for broadcast video cameras. Its specifications are not known yet but it has the display and camera setup identical to those of the Xperia 1 II.