Sony SRS-NS7 wireless neckband speaker has been launched. It is available for pre-booking via Sony Electronics, Best Buy, and Amazon. 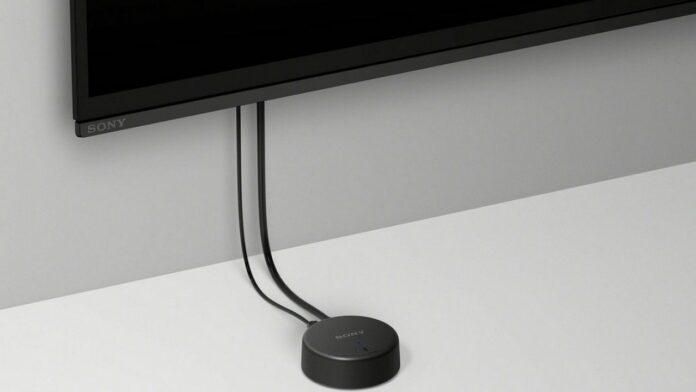 Sony has announced the new SRS-NS7 wireless neckband speaker, the latest addition to its wearable speaker lineup, and the WLA-NS7 wireless transmitter.

Sony SRS-NS7 wireless neckband speaker is priced at $299.99 (approx. Rs 22,300) and is available for pre-booking via Sony Electronics, Best Buy, and Amazon. The neckband will start shipping on October 20.

The Sony WLA-NS7 wireless transmitter can be purchased separately at $59.99 (roughly Rs. 4,400). It is available to pre-order at Sony Electronics, Best Buy, and Amazon.

When the SRS-NS7 is paired via Bluetooth technology with the supplied wireless transmitter and connected to a BRAVIA XR TV2, the 360 Spatial Sound Personalizer app can take a photo of the user’s ear and analyze their hearing characteristics by estimating the ear’s 3D shape.

In addition, SRS-NS7 users can also experience 360 Reality Audio music when using their smartphone. An X-Balanced Speaker Unit provides the optimum speaker size in a compact body, increases sound pressure, and reduces distortion for clear music and vocals. Alongside this, the upward-facing speaker delivers crisp sound directly to the user without disturbing others.

Moreover, the speaker offers up to 12 hours of power and up to 5 hours at maximum volume. As per Sony, a 10-minute quick charge provides up to 60 minutes of extra playtime.

The SRS-NS7 also features Multipoint Connection, which enables users to connect two devices at the same time. In addition, the speaker has a fabric cover and a flexible neckband. It is also IPX4 splash-resistant.