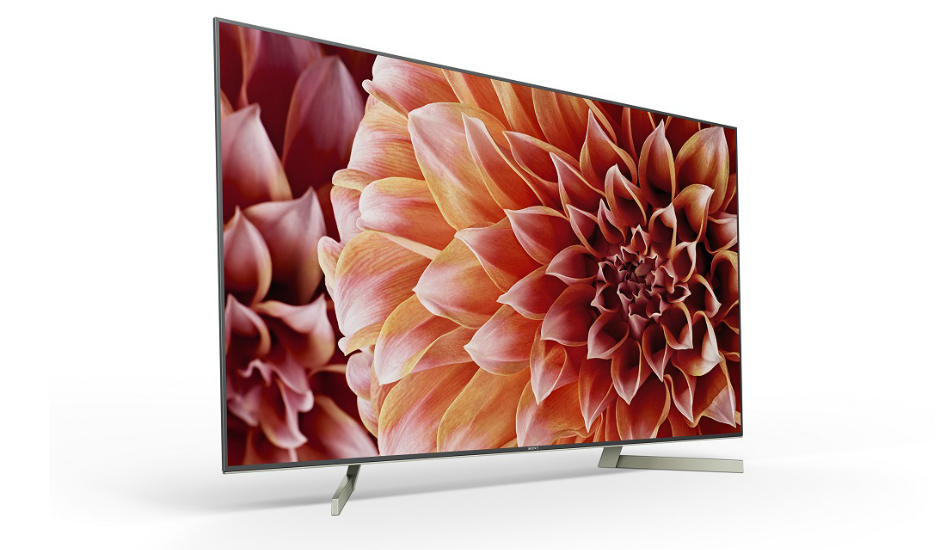 Sony has announced that it’s expanding its Smart Android LED TV lineup with the addition of two newly sized variants of the Bravia X9000F which was announced earlier this year during CES 2018. The Japanese consumer electronics giant has now released the Bravia X9000F in 65-inch and 85-inch screen sizes for a retail price of Rs 3,39,900 and 12,99,900 respectively.

Apart from the different sized screens, all three TVs in the Sony Bravia X9000F lineup are equipped with a TRILUMINOS Display that Sony claims will produce precisely saturated blues, reds, and greens. The Smart TV is powered by the X1 Extreme Image Processor coupled alongside the X-tended Dynamic Range PRO that offers HDR 10 support and enhances the quality of non-HDR content for an improved viewing experience.

In addition to delivering six times more XDR contrast, the inbuilt X-Motion Clarity will allow room for motion blur during fast-moving action scenes. Compared to other LED TVs in the market, the Bravia X9000F will offer direct LED backlighting and local dimming for displaying natural blacks.

On the software front, the Bravia X9000F will run on Android TV version 7.0 Nougat carefully modded with Sony’s own UI. Being an Android TV, the Sony TV comes with Google Play services and a Play Store as well as support for Sony’s AI-enabled Smart Home Ready support to be paired with other smart devices. Users would no longer need to buy Chromecast as the Google’s screencasting service is already integrated onto the Bravia TV. There are also dedicated buttons that can trigger open Netflix and Google Play.

Apart from the inbuilt Dolby Vision support, Sony has also included DTS Digital Surround, ClearAudio+, DSEE and Cinematic S-Force Front Surround on its dual 10-watt speakers. There will be 16GB of onboard storage on all these devices which users will be able to expand when needed. In terms of connectivity, all three variants of the Bravia X9000F employ four HDMI ports, three USB ports, an Ethernet port, Bluetooth v4.1 and Wi-Fi direct.

The newly launched Sony Bravia KD-85X9000F and KD-65X9000F are now available alongside the previously released KD-55X9000F across all leading electronic stores as well as Sony Centers in India.