Snapchat has launched a new feature called 'Spotlight' that enables the snapsters to create short-form videos which will then appear in a curated video feed. Na

Snapchat is hopping on to the bandwagon, joining Instagram and TikTok, to release a TikTok-like feature called Spotlight. The feature enables the snapsters to create short-form videos which will then appear in a curated video feed.

There is no separate application for Spotlight, but is integrated within the Snapchat app. Spotlight shines a light on the most entertaining Snaps created by the Snapchat community.

Announcing the feature through a blog-post, Snapchat said, "Submit your best video Snaps to Spotlight for the opportunity to earn a share of more than $1 million that we’re distributing to creators every day!". 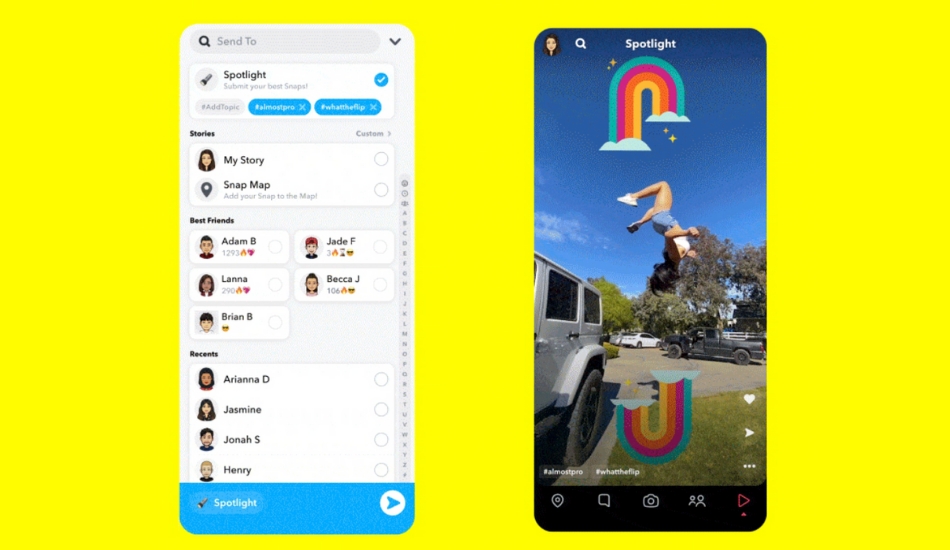 Snapchat estimates the reward based on the number of views received on a unique video in a day with respect to other trending Snaps on the same day.

Read More: Facebook has 'Tools' to track its users across the internet

Snapchat says that the creators must be 16 or older to earn. The video snap which the creator is shooting should be shot in vertical position and with sound. Creators are also advised to add a #topic on the final post page to help people explore similar snaps on that topic.

The snap submission can be 60-seconds long and the company recommends using lenses, captions, GIFs, sounds, etc to make their respective snap more fun and creative to watch which will also make them stand out of the crowd. 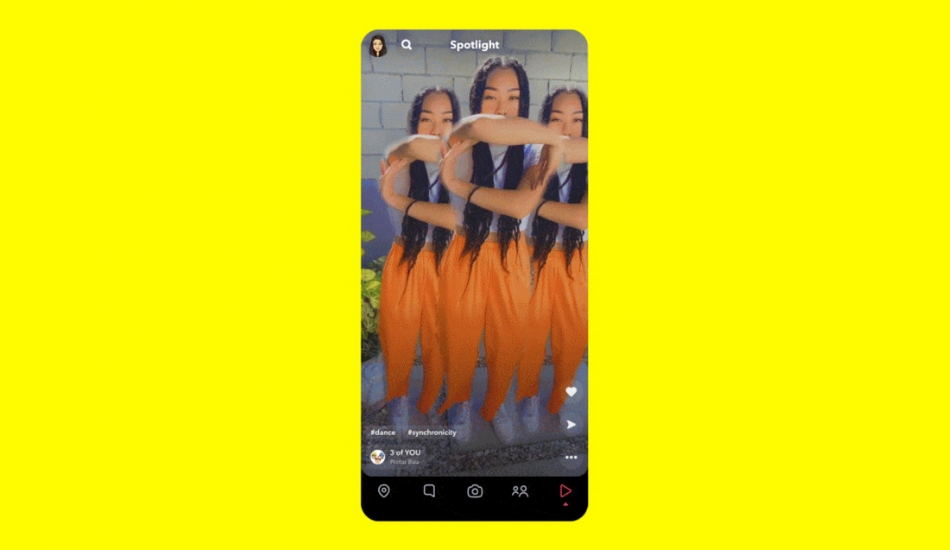 'We designed Spotlight to entertain our community while living up to Snapchat values, with our community’s well being as a top priority. Spotlight content is moderated and doesn’t allow for public comments', the blog post read.

The Spotlight feature is currently available in 11 countries namely the US, Canada, Australia, New Zealand, the UK, Ireland, Norway, Sweden, Denmark, Germany, and France. The company plans to expand the feature's availability to more regions in the future.

WhatsApp Working on a ‘Expiring Media’ Feature to Delete Photos, Videos Once Viewed

Facebook has 'Tools' to track its users across the internet