Smartphones: Talked about but didn’t come to India in 2021

Some smartphones made their international debut but eventually could not made their way to Indian market in 2021. 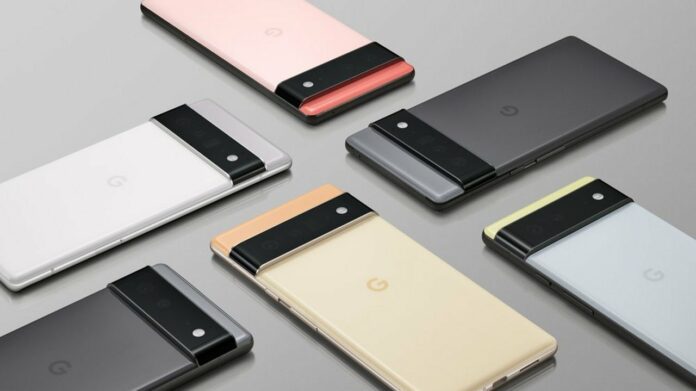 We have seen many handset players launching their budget, mid-range and flagship smartphones this year. However, many smartphones grabbed attention in 2021, but, in the end, they didn’t launch in India.

These smartphones made their international debut but could not make their way to the Indian market. Let’s see those smartphones launched globally but were not launched in India in 2021.

Smartphones which didn’t launched in India

The first on our list is Google which launched Pixel 6 and 6 Pro this year in the international market. These are the first smartphones to be launched with Android 12. Both the smartphones were not brought to India, though. The company has sighted global demand and supply issues for not launching these devices in India. Last year, Google Pixel 5 and Pixel 4A 5G were also not launched in India. So for the last two years, Google has been ignoring the Indian smartphone market.

Both the smartphones are powered by Google Tensor SoC with support for 5G SA/NSA and come with Titan M2 Security chip. At the launch, Google confirmed that starting with Pixel 6 and Pixel 6 Pro, Pixels will receive security updates for at least 5 years.

OnePlus Nord N200 5G was also another smartphone that was launched exclusively for North America. The OnePlus Nord N2000 5G comes in Blue Quantum colour and it is priced at $240 (Rs. 17,605 approx.). If the phone had been launched in India, it could have been one of India’s most affordable OnePlus devices.

Not all Nord phones which launched globally are launched in India. For example, the OnePlus Nord N10 5G and Nord N100 phones launched last year in North America also didn’t make it to India.

It features a 6.49-inch FHD+ 90Hz screen with quad rear cameras, a 16MP front camera, Snapdragon 480 5G and 4GB of RAM. In addition, it has a side-mounted fingerprint scanner and a 5,000mAh battery with 18W charging.

Google Pixel 7 Pro Review: No more a Pixelated future for…

Xiaomi announced the Mi MIX Fold, the company’s first foldable smartphone, earlier this year. The phone was launched with all top-notch specs but it did not make its way to the Indian market. If it had launched in India, it would have been a treat for all foldable smartphone lovers.

After its launch this year, Xiaomi Global VP, Manu Kumar Jain revealed via a tweet that the phone will be launched in India soon. But till now, the company has not announced its plan for launch. To recall, Xiaomi has already launched Mi 11 Ultra in India at Rs 69,999 and Mi 11X Pro this year for Rs 36,999.

The phone is the world’s first smartphone with Liquid Lens technology in which the radius of curvature of the spherical surface can be accurately changed using a high-precision motor.

The phone features an 8.01″ WQHD+ resolution flexible internal display, 6.5-inch AMOLED external display, Snapdragon 888 with up to 12GB of RAM, 108MP rear camera and 20MP front-facing camera. There is a 5,020mAh battery with a dual-cell design consisting of two batteries with a capacity of 2,460mAh and 2,560mAh.

Asus Zenfone 8 is another promising smartphone that was announced in international markets this year but this phone was also not brought to the Indian market. However, the phone was said to launch in India as Asus 8Z, but Asus postponed the launch due to the second wave of Covid 19 in India. Till now, there is no news of this phone launching in India.

In May this year, a page about the Asus 8Z went live on its website, which suggested its launch in India soon. But till date, the page on the company’s website is still live, but there is no information about the phone launch.

The Oppo Find X3 Pro also hasn’t made it to India this year. Notably, Oppo did not launch the Find X2 Pro in India in 2020. So, it is least likely for Find X3 Pro to make its debut in India. The Oppo Find X3 Pro was launched alongside the Find X3, Find X3 Lite, and Find X3 Neo back in March this year. However, there is no word on whether or not the company plans to bring it to other markets, including India.

If you look at the smartphones in the list above, all the devices are premium devices, and it seems the brands are not convinced that the Indian audience is ready to buy them. On the other hand, Samsung and Apple have launched all their premium devices in India. Maybe they have a better understanding of the Indian market and consumer behaviour.