Smart Namo, which calls itself an independent body of fans of Narendra Modi and had announced several phones dedicating to the BJP prime ministerial candidate, has now announced yet another phone which claims to have long battery life. The Android smartphone, named as Smart Namo E43, is priced at Rs 6,500 and will be launched towards the end of next month (November).

Smart Namo E43 has a 4.3 inch touchscreen with 480×800 pixels resolution. The 3G phone has Android 2.3.6 operating system, 1 GHz Spreadtrum SC6820 processor, 512 MB RAM, 4 GB ROM, WiFi, and Bluetooth. The smartphone has an 1800 Li-Ion battery which claims to provide 30 days of standby. Further, the smartphone is said to come with some “E-ink display technology” which, the company claims, consumes low power for higher battery back up. 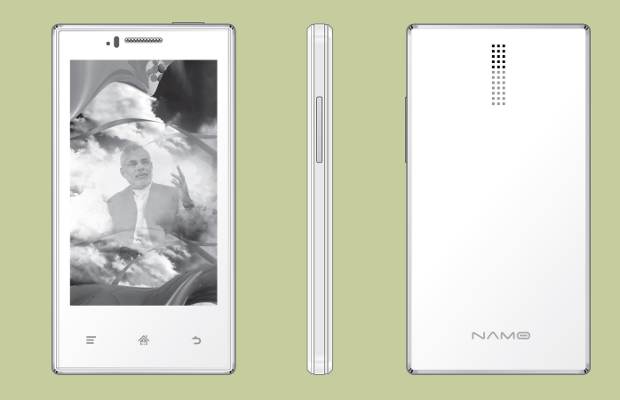 “We are proud to announce the initiation of India’s first E-ink technology based smartphone. E-ink technology is the best technology for display with ultra low power consumption, giving a stand by time of 2 months,” said Ammeet Desai, a spokesperson of the company.