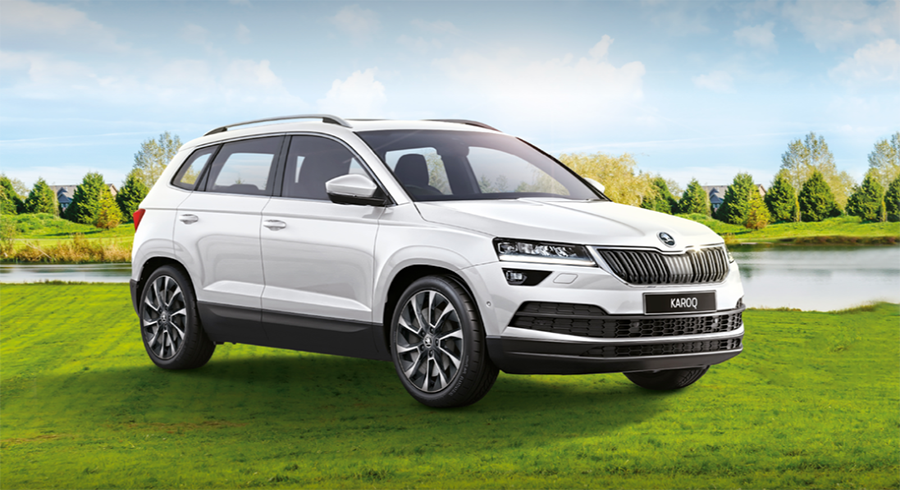 The latest range of models from Skoda in the country come with BS6-compliant engines.

As expected Skoda has unveiled the new version Rapid sedan and Karoq SUV in India, with prices starting from Rs 7.49 lakh and Rs 24.99 lakh respectively. Skoda hosted an online-only event on Tuesday to announce products, as the company looks to get off the mark with sales in India after the company was one of the many to report zero sales in April.

The new Skoda Rapid packs a BS6-compliant 1-litre TSI petrol engine and does not come in diesel variant. The German automaker continues to use the same design language with the Rapid that we’ve come across since 2016. Even the interior layout remains the same. And at this price range, it’s hard to argue with the brand. Talking about raw features, the 1-litre engine puts out 110hp of power and 175Nm of torque. For now you’re getting this engine mated to a 6-speed manual gearbox but Skoda is going to launch the automatic version in the coming months.

In terms of more features, you get an 8-inch infotainment screen with support for Apple CarPlay, Android Auto and Mirror Link. It comes with LED DRLs, 16-inch alloy wheels (on the top model), rear AC vent, cruise control and more. However, somehow the carmaker didn’t feel the need to equip the Rapid with sunroof, LED headlamps or even offer wireless charging, something that its rivals pack. Speaking of which, the new Rapid goes up against Maruti Suzuki Ciaz, Hyundai Verna and Honda City.

Karoq is the company’s SUV which now gets a 1.5-litre turbo petrol engine, mated to a seven-speed dual-clutch automatic gearbox. This unit pushes out 150hp of power and 250Nm of torque, with a claimed top speed of 202km/hr. This means the Karoq comes in a single variant now, with all the features loaded. The SUV gets a panoramic sunroof, digital instrument cluster, 17-inch alloy wheels, full-LED headlamps. dual-zone climate control and more. Having said that, Skoda has yet again missed out offering wireless charging and cooled seats, something that you get with SUV’s that cost much less than Karoq. In the market, it goes up against Jeep Compass and Volkswagen T-Roc.