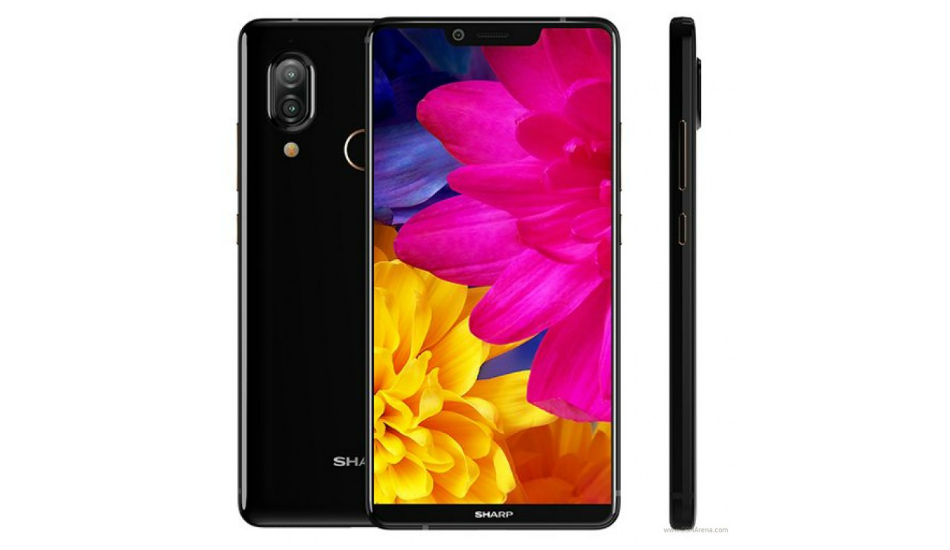 The device packs an 18:9 Full HD+ display with a screen-to-body ratio of 91 percent wrapped over by a 2.5D Corning Gorilla Glass protection.

The Sharp Aquos S3 which was set to launch on March 28th has now been made official and will go on sale in Taiwan starting April 1 in a black colored variant. The Aquos S3 is priced at NTD 11,990 (approx. Rs 26,700) and brings in a compact 6-inch smartphone that runs on the latest Android 8.0 Oreo with dual rear cameras and an AI-based front-facing snapper.

Talking about the design, the Sharp Aquos S3 measures in at 148.2mm x 74.2mm and is thinner than the 6-inch flagship LG V30. The device comes with a 6-inch IPS FHD+ LCD panel with a resolution of 2280×1080 pixels and a tall aspect ratio of 18:9. The 91 percent screen-to-body ratio display has a notch cut out at the top for the 16-megapixel selfie unit and earpiece, which at first glance looks a lot like the iPhone X.

Coming in a week after the release of the Aquos S3 Mini, the latest Sharp flagship is powered through the day by a 14-nanometer built Qualcomm Snapdragon 630 chipset with 4GB of LPDDR4x RAM and 64GB of onboard storage that can be expanded to up to 256GB with the help of a microSD card. The phone runs on the latest Android 8.0 with Sharp’s Smile UX on top alongside being backed up by a 3,200mAh battery that supports Quick Charge 3.0 fast charging.

In terms of imaging, the Aquos S3 makes do with a dual camera setup at the rear end: 12MP+13MP wide and tele-lens with a pixel size of 1.4um and f/1.75 aperture for capturing the maximum brightness on a low light setting. The secondary 13MP tele-camera, as well as the front-facing 16MP camera, are enabled with AI for producing accurate Portrait mode clicks.