The phone features a 5.5-inch display with a screen resolution of 2040 x 1080 pixels along with 550nits brightness.

Sharp has announced the launch of a new mid-range smartphone, Aquos S3 Mini, in China. The device is listed on JD.com and it will be available at a price tag of 1,599 Yuan from March 30 in Black colour.

Unlike other Chinese smartphones that sports an Apple iPhone X-like top notch, the Aquos S3 Mini has a notch just for the selfie camera, which is similarly found in Essential Phone. The device features metal body with glass back panel. Coming to the specifications, the phone features a 5.5-inch display with a screen resolution of 2040 x 1080 pixels along with 550nits brightness. 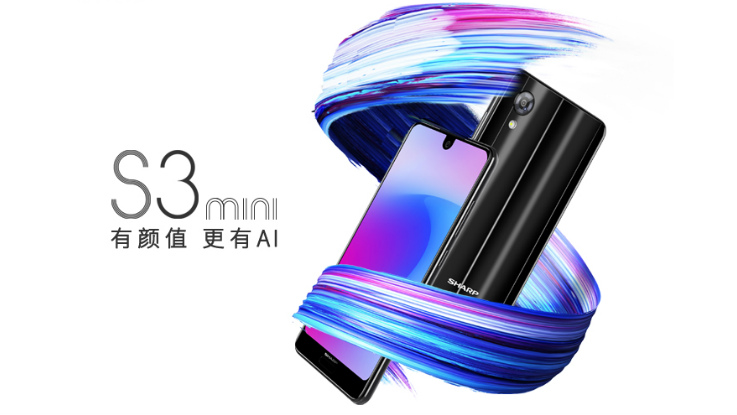 Sharp Aquos S3 Mini is powered by Qualcomm Snapdragon 630 processor clocked at 2.2GHz along with 6GB of RAM and 64GB of storage, which can be further expanded up to 128GB via micro SD card slot. On the camera front, it features 16-megapixel rear camera with f/2.0 aperture, PDAF and LED Flash. The top-notch at the front comes loaded with a 20-megapixel sensor with AI portrait shots.

The phone also features Face Unlock feature that the company claims can unlock the phone in 0.1 seconds and there is a fingerprint sensor at the bottom of the front panel as well. It is backed by a 3020mAh battery and it runs on Android 7.1.1 Nougat. On the connectivity front, it supports 4G VoLTE, dual-SIM, Bluetooth, WiFi, USB-C, 3.5mm audio jack and GPS.

Sharp announces its Smart Office and Smart Home Solutions for 2021