Sharp Aquos S3 gets certified ahead of official launch

Just ahead of launch, several new images of the upcoming device have been released by the Taiwanese telecommunications regulator, National Communications Commission (NCC).

Sharp is all set to launch the upcoming Aquos S3 smartphone on January 13. Now, just ahead of launch, several new images of the upcoming device has been released by the Taiwanese telecommunications regulator, National Communications Commission (NCC).

The images were first spotted by Slashleaks and it reveals that the smartphone from the front and back panel. The leaked image shows that the Aquos S3 will sport a bezel-less design, which is kind of inspired by the Apple iPhone X. This is because one can see an iPhone-like top notch on the front panel. One can see a front-facing camera along with an earpiece situated at the notch, while at the base, there is Sharp branding. 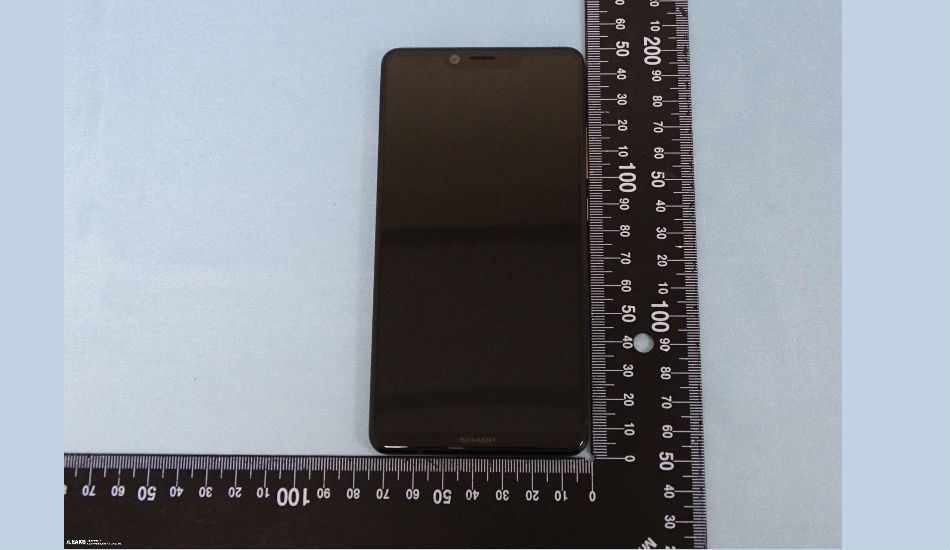 Moving on, the back panel shows vertically-aligned dual rear cameras, which is again similar to iPhone X and one can see an LED flash just beneath it. Interestingly, the fingerprint sensor is situated at the centre of the back panel and it comes with a white colour. The back seems to be made of glassThe right houses power on/off button and volume controls. The images are in line with previously leaked renders that show the back and front panel of the device.

To recollect some key specifications, the Aquos S3 sports a 5.99-inch Full HD+ display with a screen resolution of 2160 x 1080 pixels. The smartphone will reportedly come in two options—Qualcomm Snapdragon 630 processor and Qualcomm Snapdragon 660 chipset. The SD630 variant will be coupled with 4GB of RAM and 64GB of internal storage while the SD660 variant will feature 6GB of RAM and 128GB of storage.

The smartphone will have a dual rear camera setup of 12-megapixel with LED flash and 13-megapixel, a 16-megapixel front camera and a 3,110 mAh battery. The phone runs on Android 7.1 Nougat operating system and the images reveal that it has the only Black colour version. Connectivity options for the device include dual SIM, 4G-LTE, Bluetooth, WiFi, GPS/A-GPS. The phone is 148 mm tall, 74 mm wide and 7.98 mm thin and it weighs 167.4 grams.