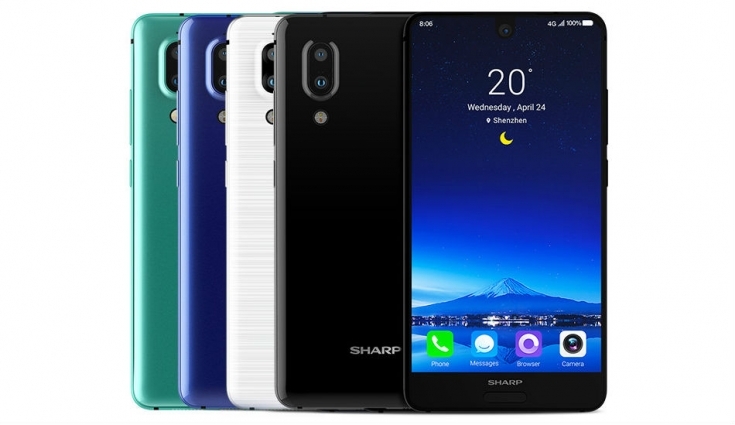 The Sharp Aquos S3 which was yesterday certified by NCC, Taiwan’s certification body is now all set to get launched later this month, on 16th January.

The Japan-based company has announced that it will hold a press event on 16th January in Taipei. In the event, the company will be launching the Sharp Aquos S3 smartphone with a bezel-less design. From the released poster by the company, the Sharp Aquos S3 will come with the vertical dual camera setup on the back. 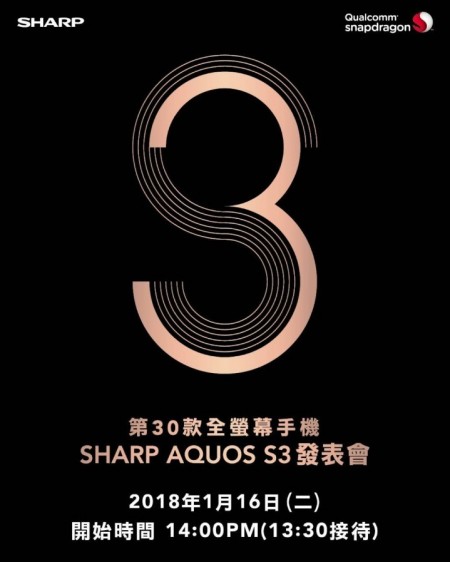 A Russian source has also released an official-looking render of the Aquos S3 which shows the front and the back of the upcoming handset. As per the render, the smartphone will feature a top-notch design on its front panel – similar to the iPhone X. On the top, it features a front camera, speaker and a proximity sensor. 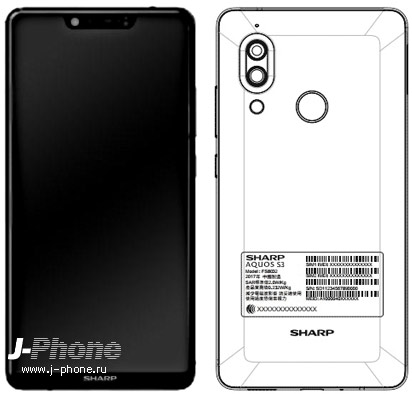 The Sharp Aquos S3 (FS8015) has already been spotted on the Chinese certification website, TENAA. As per the TENAA listing, the Sharp FS8015 has a 5.99-inch full HD+ display with 2160×1080 pixels resolution and is powered by a 2.2 GHz octa-core processor.

The smartphone will have a dual rear camera setup of 12-megapixel with LED flash and 13-megapixel, a 16-megapixel front camera and a 3,110 mAh battery. The image shows that the smartphone sports a metal unibody and the fingerprint sensor sits at the rear panel beneath the rear camera.

The phone runs on Android 7.1 Nougat operating system and the images reveal that it has the only Black colour version. Connectivity options of the device include dual SIM, 4G-LTE, Bluetooth, WiFi, GPS/A-GPS. The phone is 148 mm tall, 74 mm wide and 7.98 mm thin and it weighs 167.4 grams, according to the TENAA listing. It also has Gravity, Distance and Light sensors as per the listing.

Note- The lead image is of Sharp Aquos S2