The device called Hennessy is the second clamshell Android device that Samsung has in store for customers.

The Galaxy Hennessey SCH-W789 is an android smartphone coupled with a full sized numeric keypad in a folding Clamshell design, and dual displays as the Samsung galaxy Folder android Smartphone.

The Samsung Galaxy Hennessey will boast a two way folding Clamshell design allowing it to be used it as a regular touchscreen based Android phone or like a conventional clamshell mobile phone. 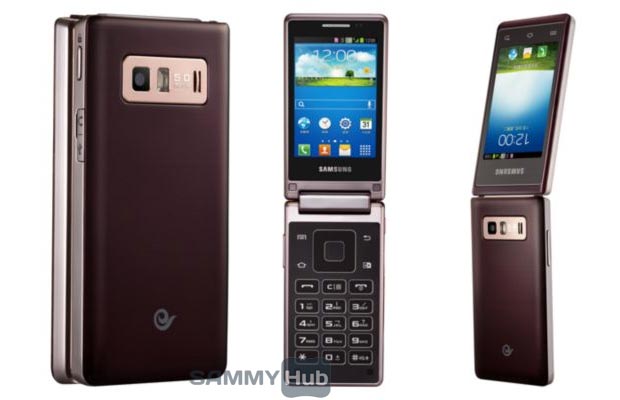 The device is expected to be announced for the Chinese market first and will be brought to India later.