Samsung to launch the Galaxy Tab S3 at MWC this month 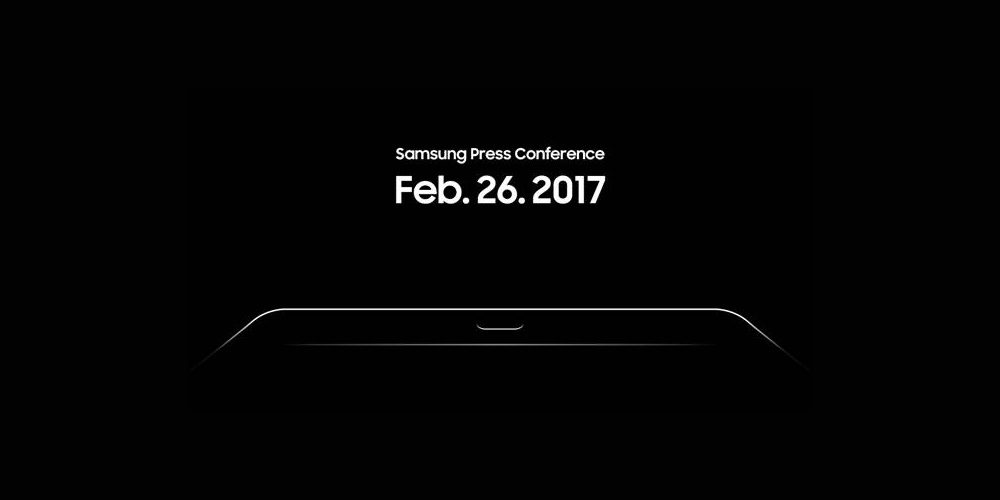 The South Korean giant has started sending out invites for a launch event to be held on February 26, 2017.

Samsung Galaxy S8 will not be unveiled at the upcoming MWC (Mobile World Congress) 2017, however, the South Korean giant has started sending out invites for an event scheduled for February 26, 2017. The event starts at 19:00 CET ( 11:30 IST) at Palau de Congressos de Catalunya, Barcelona. Based on the invite, the event will most probably hold the unveiling of the new Galaxy Tab S3 which was rumoured to be unveiled last year at the IFA 2016.

The invite reveals the bottom front of the tablet with a home button which resembles quite a lot to the previously launched Galaxy Tab S2. The home button is expected to come equipped with a faster fingerprint sensor this time around.

Other rumoured specifications include a 9.7-inch display with a resolution of 2048 × 1536 pixels. We are not really sure if it will be an LCD panel or Samsung will yet again go for its trademark Super AMOLED display. Apart from this, the new Tab S3 is expected to be powered by a Snapdragon 820 chipset coupled with 4GB of RAM. Samsung is also expected to give a 32GB or 64GB of internal storage which will be further expandable.

Although not much hasn’t been up for the camera specifications, but some rumours suggest that the new tab from Samsung will come with a 12-megapixel rear camera coupled with a 5-megapixel front-facing camera. Also, we are likely to see Android 7.0 Nougat on board. As far as other specifications are concerned, we will keep you updated about the same as we head closer to the launch event.

Meanwhile, the predecessor, Galaxy Tab S2 currently sells for a price tag of around Rs 38,000 in India. The Tab comes with a 9.7-inch Super AMOLED display with 2048×1536 pixels resolution and packs in a 5870 mAh battery. Underneath, it is powered by an Exynos octa-core processor coupled with 3GB of RAM. It also offers an 8-megapixel autofocus rear camera and a 2.1-megapixel front camera. The tablet has a fingerprint scanner as well along with Accelerometer, Gyroscope, Compass, Hall and RGB sensor S2.