Samsung is reportedly working on a tablet with 10.5-inch AMOLED display with model number SM-T800 and Android 4.4.2 KitKat.

Samsung introduced the new Galaxy Tab 4 tablets in 7-inch, 8-inch and 10.1-inch screen sizes. Now SamMobile has reported that Samsung is working on a 10.5-inch AMOLED display bearing tablet that carries SM-T800 model number. There is no word on official announcement of this tablet.

As per the report, the 10.5-inch AMOLED display of this tablet sports 2560×1600 pixel resolution. This tablet will be powered by a quad-core Qualcomm Snapdragon mobile chipset and 2 GB RAM and will run on the Android 4.4.2 KitKat. 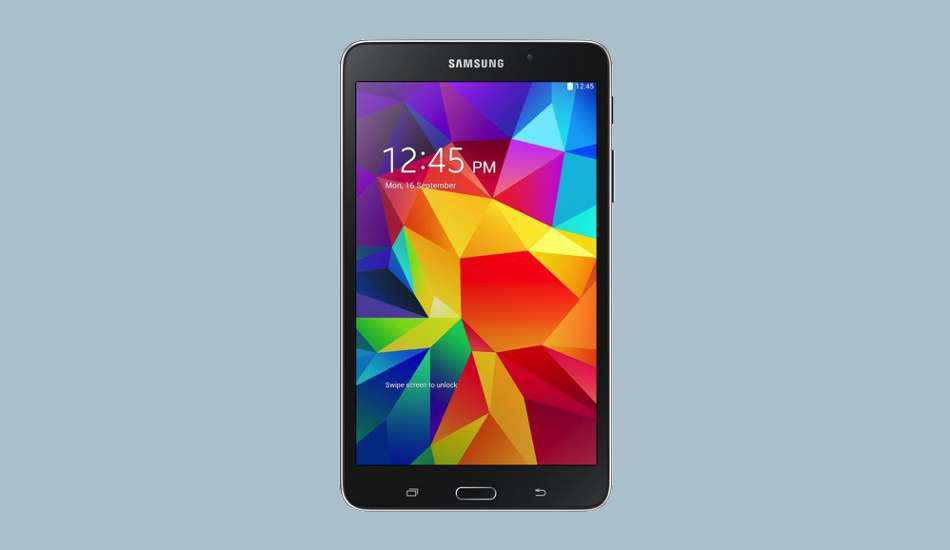 The said Samsung tablet is said to have an 8 megapixel camera at the back and a 2 megapixel camera in the front. The report further added that the tablet will be offered in 16 GB, 32 GB and 64 GB on-board storage options and all of them will have a memory card slot too. The tablet will be offered in WiFi Only model running Qualcomm Snapdragon solution while the 4G LTE model is likely to run the Samsung Exynos solution.

Moreover, the Samsung tablet said to have a 7900 mAh battery. This tablet is expected to compete with the Apple iPad Air.