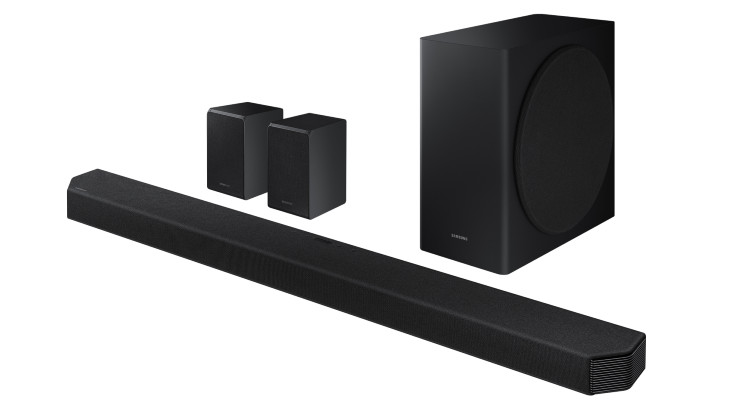 The brand has introduced HW-Q950T and HW-Q900T soundbars.

Samsung has announced the launch of a new Q-series of premium soundbars for the market. The brand has introduced HW-Q950T and HW-Q900T soundbars.

The company claims that the soundbars are tuned at the Samsung Audio Lab in Valencia, California. To start with HW-Q950T, it comes with an audio quality of 9.1.4-channel, which is the maximum number of channels for the currently available home-theatre system in a single soundbar. It comes with two wireless rear up-firing speakers along with left and right wide channel speakers to provide the previous 7.1.4-channel system, allowing the audio output to express the motion on the screen.

The company claims that both the soundbars come with support for Dolby Atmos and it also supports DTS:X from DTS for multi-dimensional audio technology. They also include eARC support to produce full, rich and high-quality surround sound like Dolby TrueHD. Consumers can connect the soundbars to Samsung’s 2020 QLED TVs. Q-symphony activates and plays surround sound from both the TV and soundbar. It also comes with the Tap Sound feature that allows the music from the smartphone to be sent directly to the soundbar.

Compared to 2019 soundbar models, Samsung reduced the height of both models to 69.5mm from 83mm to fit perfectly with the TV. The soundbars are also wrapped in Kvadrat textile, adding some premium look and feel. The two new models also feature SmartThings app and Alexa voice service, allowing users to command their favourite music streaming services, like Amazon Music, Spotify, TuneIn, and iHeart Radio.