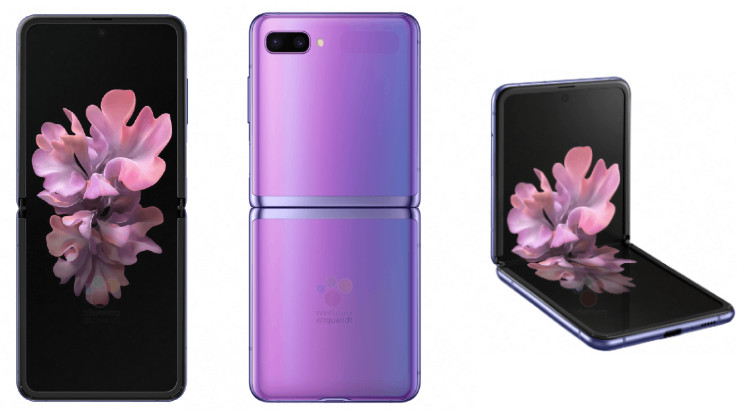 Ahead of launch, key details about the upcoming foldable smartphone have been leaked online.

As per a known tipster Ishan Agarwal, the Samsung Galaxy Z Flip will come with a 1.05-inch sAMOLED screen, which will be known as Focus Display. The tipster claims that the foldable smartphone is loaded with a 6.7-inch Full HD+ display with 22:9 aspect ratio. The screen will come with an internal glass display.

The tipster claims that the phone will come with a 3300mAh battery divided into two parts, just like the Galaxy Fold. The first part features 925mAh and 2375mAh battery. The Galaxy Z Flip will come loaded with 15W fast wired and 12W wireless charging support. The foldable phone will feature stereo speakers.

The tipster further claims that the primary camera of the Galaxy Z Flip will come with dual aperture technology. The company will focus majorly on the design and it will focus on the screen with a thin glass layer. The smartphone will come loaded with a Snapdragon 855+ processor along with wireless powershare feature.

Recollecting some previous leaked specs, the Galaxy Z Flip will be backed by 8GB of RAM and 256GB UFS 3.0 of internal storage. There will be no support for microSD card.

On the camera front, the foldable smartphone will be loaded with a dual-camera setup with a combination of 12-megapixel dual pixel sensor with f/1.8 aperture and a 12-megapixel wide-angle lens with 123-degree Field of View and f/2.2 aperture.