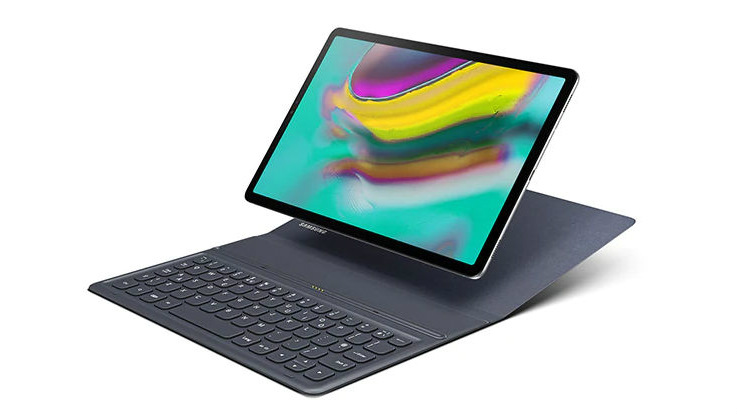 The update brings Bixby Voice feature, which can be activated using the power button.

Samsung has started rolling out a new update to its tablet, the Galaxy Tab S5e. The new update brings Bixby Voice feature along with call or message continuity support and more.

The update is currently rolling out in the UK and South Korea and it comes with version T72*XXU1ASG3, reports Sammobile. However, there is no information when the new update will hit the Indian market.

Coming to the new features, the update brings Bixby Voice feature, which can be activated using the power button. Customers can simply access the Bixby Voice by using the command, “Hi, Bixby”. The new feature will be also accessible from the notification panel and advanced Settings option.

The update also brings the support for Call and Message continuity to the LTE variant of the Galaxy Tab S5e. With this, if one gets a call or message on the tablet, he/she will be able to read or take calls from any other device that supports the Call and Message Continuity feature. It is important to note that both the devices should be logged in to the same Samsung account.

To recall, the Samsung Galaxy Tab S5e was launched in India in June this year. he Galaxy Tab S5e is priced at Rs 35,999 for the WiFi variant, while the WiFi + LTE version comes with a price tag of Rs 39,999.

Samsung Galaxy Tab S5e features a 10.5-inch WQXGA AMOLED display with a screen resolution of 2560 x 1600 pixels, 288 ppi pixel density and 16:10 aspect ratio. The tablet is powered by a Qualcomm Snapdragon 670 processor along with 4GB of RAM and 64GB of internal storage. The memory can be further expanded up to 512GB via microSD card slot.

On the camera front, the tablet is equipped with a 13-megapixel rear camera with f/2.0 aperture and for the front, there is an 8-megapixel shooter for selfies and video calling. The Galaxy Tab S5e runs on Android 9.0 Pie with company’s OneUI running on top of it. The tablet is equipped with quad speakers, which are tuned with AKG and support Dolby Atmos. The device supports face unlock feature and it is backed by a 7040mAh battery with 18W fast charging support.