Samsung had inadvertently confirmed the Galaxy Tab 4 series tablets through the official website as reported by The Mobile Indian. Now the press images of the Galaxy Tab 4 10.1 and Galaxy Tab 7.0 have surfaced online to tease up the tablets in the anvil. The new Galaxy Tab 4 10.1 tablet images posted by EVLeaks on Twitter, point at the flatter and slim profile approach with the tablets. The on-screen date in the user interface on the images shows April 24 which possibly could be the launch date. 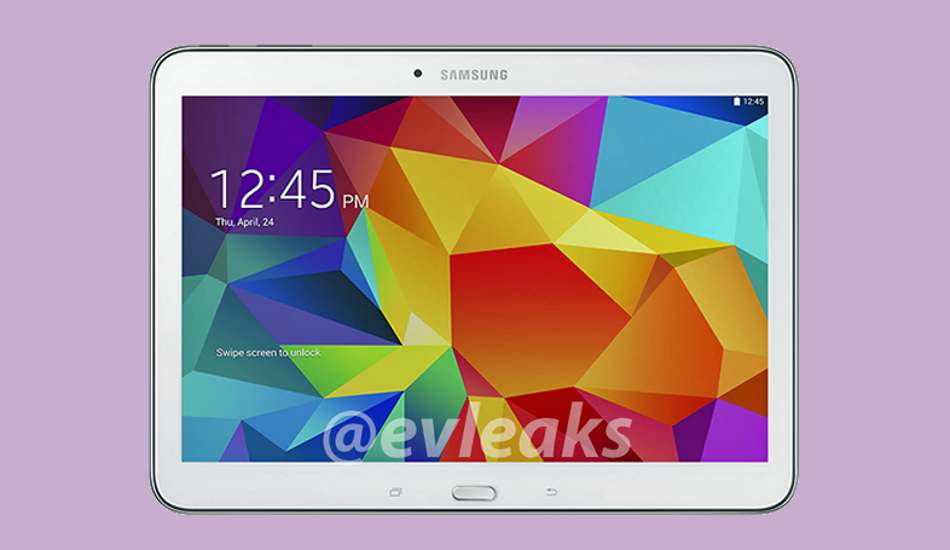 Samsung is expected to introduce the fourth generation Galaxy Tab series tablets. The freshly leaked Galaxy Tab 4 10.1 tablet will load the obvious 10.1-inch display and will most likely sport 1280×800 resolution bearing TFT LCD touchscreen. If that stands true, then the tablet better be priced adequately over the full HD display bearing smartphones such as Gionee Elife S5.5 and Micromax Canvas Knight A350. 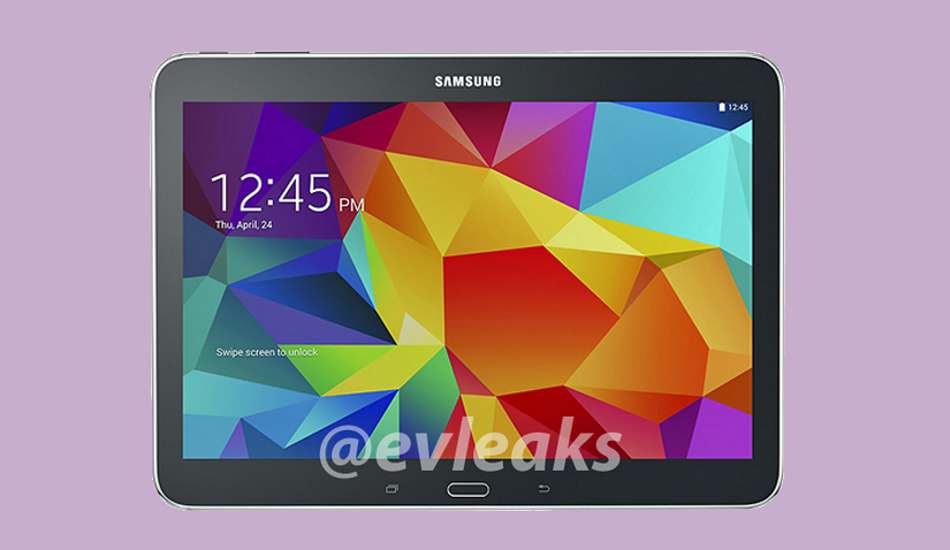 The Galaxy Tab 4 10.1 tablet will be powered by the quad-core Qualcomm Snapdragon 400 mobile chipset paired with Adreno 305 GPU graphics. The tablet will offer storage options from 16 GB onwards and of course, there will be memory card slot. Obviously the tablet will run the Android 4.4 Kitkat with Samsung’s own TouchWiz user interface laid on the top of it.

At the rear, Samsung will pack a 3 megapixel or 5 megapixel camera while the front will have a 1.3 megapixel camera. The Galaxy Tab 4 10.1 can be expected to be priced cheaper than the freshly introduced Galaxy Note Pro 10.1 tablet.