The 8 inch tablet will be there for those who wish for something cheaper than the note 520.

After the 8 inch display based Galaxy Note 520, Korean mobile devices giant Samsung is now working on an 8 inch galaxy tab as well. As per information that made its way through GFX benchmark results database the new tablet form Samsung will feature an 8 inch display with a 1280 x 800 pixel resolution.

As per the benchmark listing the device which is being expected as the Samsung Galaxy Tab 3 SM-T311 will be coming be with Android 4.2.2, and Mali 400 GPU, which along with the clock speeds that have been revealed in the listing suggests that processor is 1.5GHz dual-core Exynos 4412, the same processor that powers the Samsung Mega smartphone as well. 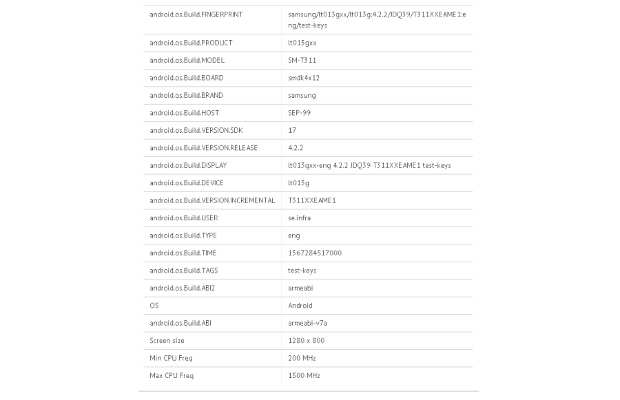 Other specification although have not been revealed by the listing but it is expected that the Galaxy tab 3 will feature a healthy 2 GB of RAM along with 16 GB of internal storage with option for a 64 GB micro SD card as well.

The Tab 3 will bridge the gap for those who which to have galaxy Note 8, 5200 like functionality and features but in a cheaper device.

Samsung is likely to add its suite of applications and features to this upcoming tablet and make it more exciting for the users. But all in all everything will only be finalized when Samsung sends out the final word on it.