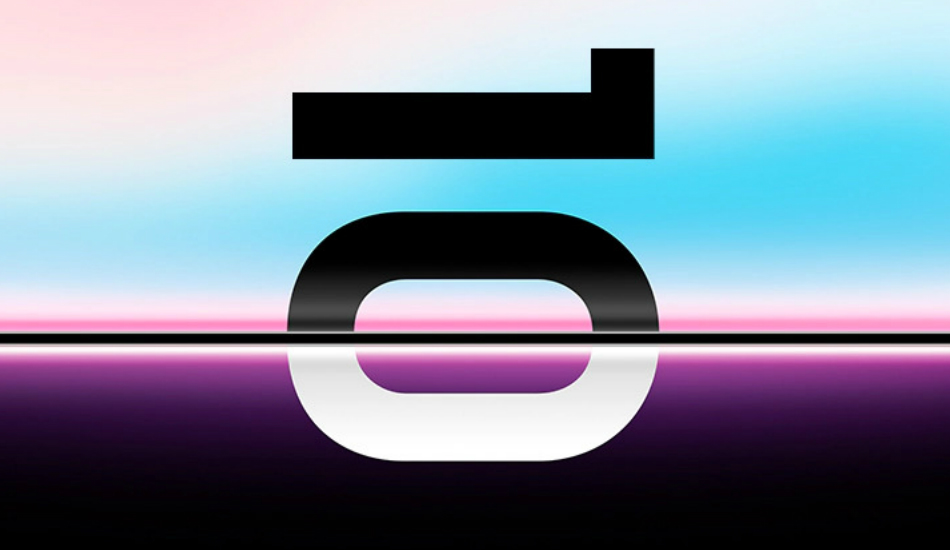 Detailed specs of the Galaxy S10, Galaxy S10 Plus and Galaxy S10e have been leaked online with a week to go for the launch event. Samsung will unveil the Galaxy S10 trio at the Unpacked event in San Francisco on February 20.

Thanks to a retail channel source, the folks at GSMArena have shared the whole detailed specs on the entire Galaxy S10 series including the Galaxy S10, S10 Plus and S10e, the last of which has also been confirmed through a spotting on Samsung’s website.

The smallest of the S10 range will be the Galaxy S10e featuring a 5.8-inch AMOLED FHD+ Infinity O display with a hole punch notch and a resolution of 2280 x 1080 pixels. The display will be offering a pixel density of 438ppi.

The Galaxy S10 will be the densest display of the there with a pixel density of 550ppi. It’ll feature a 6.1-inch AMOLED Infinity O display with a resolution of 3040 x 1440 pixels and 19:9 aspect ratio.

The larger S10 Plus offers a 6.3-inch AMOLED FHD+ Infinity O display with a resolution of 3040 x 1440 pixels and pixel density of 522ppi. All there displays come with support for HDR+ technology, 800 nits brightness and protection through Corning Gorilla Glass 6.

The Galaxy S10 weighs in at 157 grams and features a glass body which is 7.8mm thick, which is the same thickness as the Galaxy S10 Plus with the latter weighing in at 175 grams. Both the S10 and S10 Plus will be available with an in-display fingerprint sensor and can be purchased in Prism Green, Prism Black and Prism White colours with the more expensive version coming with an additional Ceramic White and Black 128GB models. The S10e is the lightest of the three featuring a weight of 150 grams and 7.9mm thickness and it comes with a side power button fingerprint reader. The S10e will be available in Prism Green, Prism White Prism Black and Canary Yellow colours.

All three smartphones will be powered by the same 8nm Samsung Exynos 9820 processor with 6GB/8GB RAM. The Galaxy S10e will come with 128GB/256GB storage options while the S10 will be available in 128GB/512GB versions. The S10 Plus will additionally be available in a 1TB storage variant.

The Galaxy S10 and S10 Plus for the first time will feature a triple camera setup at the back which will combine a 12-megapixel f2.4 telephoto lens (45 degrees) with OIS, a 12MP f1.5 wide-angle lens (77 degrees) with Dual Pixel, Dual Aperture, OIS and a 16MP f2.2 ultra wide-angle lens (123 degrees). The Galaxy S10 will feature a similar setup but without the presence of the 12MP telephoto lens. On the front, however, all three devices will feature a 10MP f1.9, Dual Pixel sensor with 4K UHD video recording support.

The Samsung Galaxy S10, Galaxy S10 Plus and Galaxy S10e will all be unveiled at the Unpacked event in San Francisco on February 20.