Contrary to popular belief the Samsung Galaxy SIV will get the home button but will not get the S-Pen stylus.

Samsung’s upcoming smartphone, the Galaxy S IV, will have the home key unlike earlier reports but will not come with S-Pen stylus, according to DDaily – a Korean news media.

The news website has cited purported ‘design draft’ of Galaxy SIV which was finalised by the company as the device went in to production. 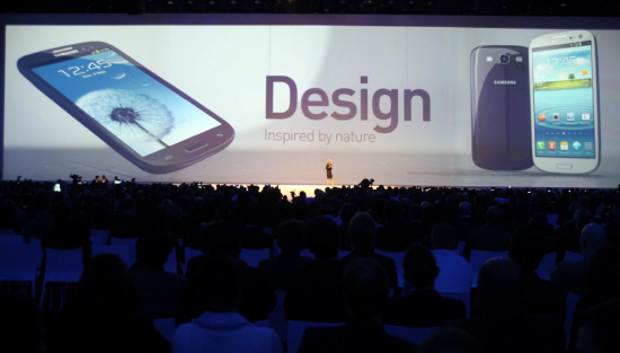 The Galaxy SIV is to get a streamlined body similar to the one seen on the Galaxy SIII and the Samsung Galaxy Note 2 along with a 5 inch display to keep things large and clear. But that’s not all as Samsung is also rumored to have been using and unbreakable display for the new flagship device. If rumors are to be believed then Samsung has replaced the Glass substrate layer of the display with a polymer based one which makes the display unbreakable and will help make devices with contoured edges and design.

Although how much it will affect the cost of the devices is still to be seen but one thing is certain that with an unbreakable and flexible display, the Galaxy S IV is going to be an exciting proposition. Till now some details about the device’s hardware have been revealed that include a quad-core 2.0GHz Exynos 5450 chipset which when launched will be the fastest till date processor ever for mobile devices.

The hardware elements for the Galaxy S IV are expected to include a Samsung made quad-core processor running at 2.0GHz, a yet faster GPU. Along with that the device is expected to feature a 5 inch or bigger display with a 441ppi pixel density and 1080p resolution.

The Galaxy SIV is also expected to get a 13 megapixel camera which was earlier being expected to be featured on devices such as the Samsung Galaxy SIII and the Samsung Galaxy Note 2. The increased number of pixels will require more amount of RAM as well which makes us believe that the device might also come with 2 GB or more RAM.