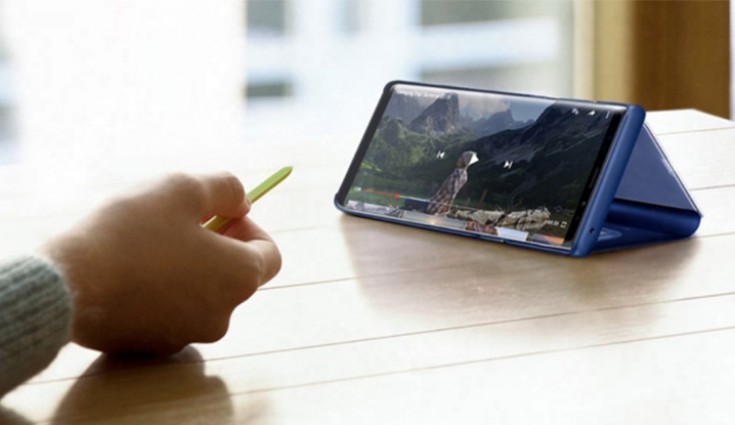 The Galaxy Note 10 will launch in two variants with their 5G versions as well.

Samsung is expected to launch Galaxy Note 10 flagship phone in August this year. The Galaxy Note 10 will launch in two variants with their 5G versions as well. Now, Galaxy Note 10 with model numbers SM-N976V and N976B has been spotted on Geekbench benchmarking website.

The SM-N976V Galaxy Note 10 5G is said to be Verizon model. As per the Geekbench listing, this model will be powered by Snapdragon 855 mobile platform. The SoC is mentioned with its “msmnile” codename. The phone will be featuring 12GB of RAM and on the software front, the phone runs on Android 9 Pie operating system out-of-the-box. In the single-core test, the Galaxy Note 10 5G has scored 3,529 points while in the multi-core test, the phone has scored 10,840 points. 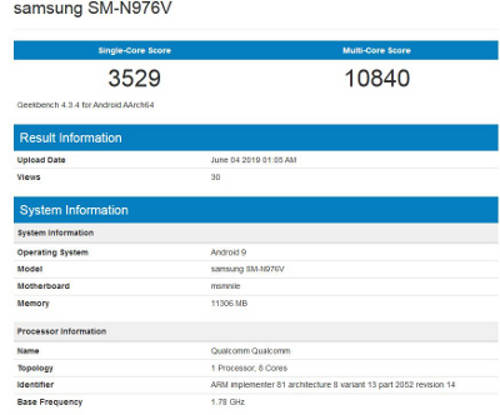 On the other hand, the SM-N976B might be Galaxy Note 10 5G smartphone for Boost Mobile in the U.S. This variant is powered by Exynos 9825 chipset coupled with 8GB of RAM. Like SM-N976V, this model also runs on Android 9 Pie. The smartphone has scored 3,557 and 9,654 points in the single-core and multi-core tests of Geekbench respectively. 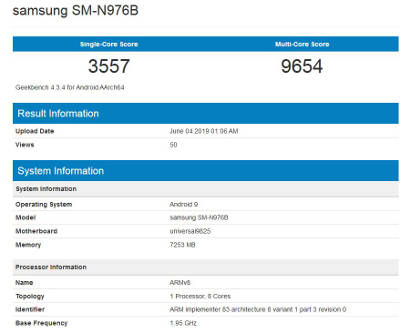 There could be a Samsung Galaxy Note 10 with 6.28-inch display and Galaxy Note 10 Pro with a relatively larger 6.75-inch screen with 1440 x 3040 pixels resolution. The phone is rumoured to run Android 9.0 Pie with One UI out of the box and it might have a massive 4,500mAh battery.