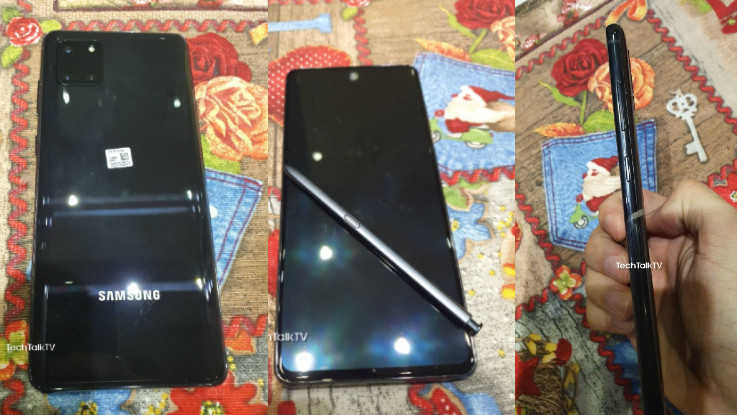 Samsung is reportedly working on the Lite version of its Galaxy Note 10 series, which is expected to launch during CES 2020. Now, just ahead of launch, the Galaxy Note 10 Lite live images have been leaked online, revealing some key details.

The images also reveal that the Galaxy Note 10 Lite will be equipped with S-Pen stylus, which is the major selling point for the Galaxy Note 10 series. The right side of the device features volume controls and power on/off button, while the left features dual-SIM slot. Interestingly, there is no dedicated Bixby button visible in the images, meaning that Samsung might actually ditch it.

As per leaked rumours, Galaxy Note 10 Lite will feature a 6.4-inch Full HD+ Super AMOLED display with a screen resolution of 2400 x 1080 pixels. It will be powered by an octa-core Samsung Exynos 9810 processor with Mali G72MP18 GPU.

Galaxy Note 10 Lite will be juiced up by a 25W fast charging support and it will run on Android 10, which will be based on OneUI 2.0. The phone is backed by a 6GB of LPDDR4x RAM along with 128GB of UFS 2.1 storage, which can be further expanded using microSD card slot.