Samsung Galaxy M52 5G will be launching in India on September 19. An Amazon listing has confirmed the launch date of the upcoming phone. 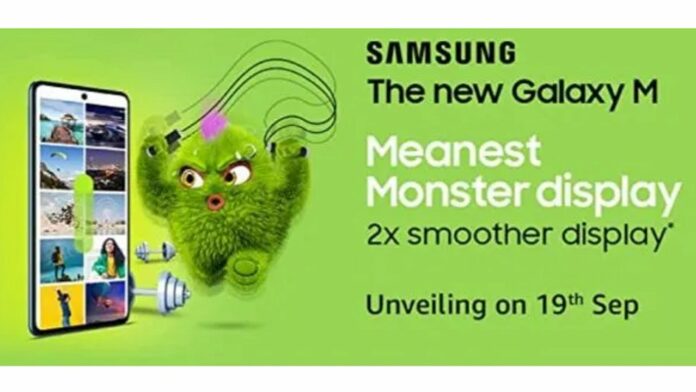 Samsung will be launching its new M-series smartphone in India on September 19. A microsite for the Samsung Galaxy M52 5G phone is now live on Amazon India, confirming its launch date.

The listing, however, does not reveal the name of the smartphone to be launched. But it is already known that the Galaxy M52 5G will make its debut in India. It also reveals that the back of the smartphone will come with triple cameras.

The Samsung Galaxy M52 5G was recently found listed with model number SM-M526B/DS Samsung India’s support page. The DS in the model number suggests dual sim support. However, the listing does not reveal anything about the upcoming Samsung smartphone, but it suggests that the phone may soon be making its debut in India.

The upcoming Samsung phone was also listed on the US Federal Communications Commission (FCC) website recently. As per the listing, the Galaxy M52 5G features dual-band Wi-Fi with 2.4GHz and 5GHz bands and 5G support. It comes with the model number SM-526B/DS. The DS shows dual sim connectivity.

Further, the device will reportedly feature a 32MP selfie camera. Whereas on the back, it might feature a 64MP quad-camera setup. The setup could further consist of a 12MP wide-angle lens and a 5MP macro lens. There’s no information on the fourth sensor as of yet. The smartphone is expected to arrive in three colours such as black, white, and blue.