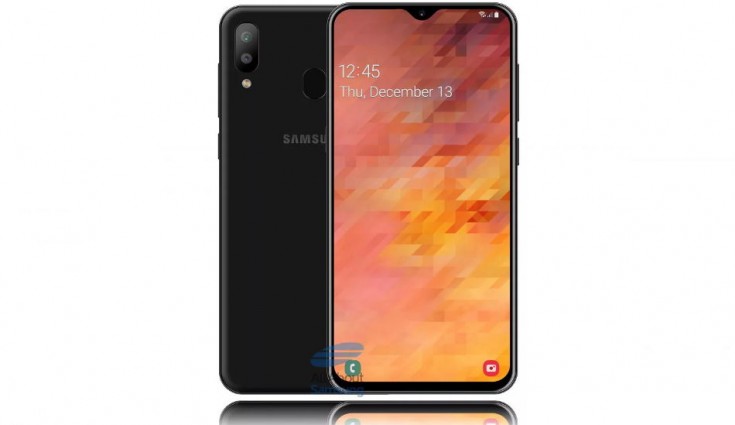 The Samsung Galaxy M-Series smartphones will be launching in India in January 2019. Now ahead of the launch, the support page for Galaxy M20 has gone live on Samsung India’s website.

Samsung Galaxy M20 with model numberSM-205F/DS was first spotted on the Samsung India support website by MySmartPrice. Also, the DS in the model number hints towards the support for dual-SIM. 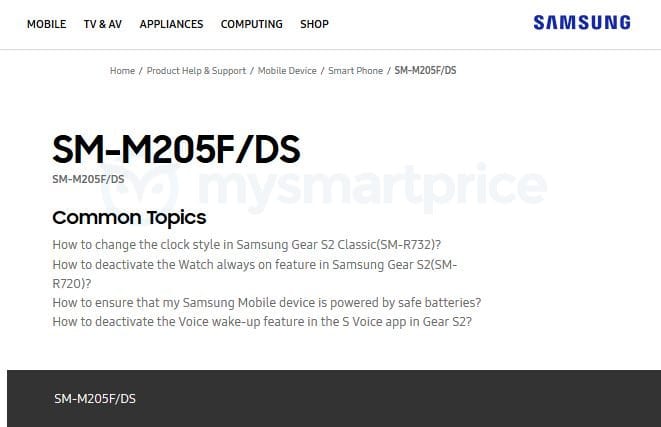 The support page, however, does not actually reveal anything new about the Galaxy M20 but it does suggest that the smartphone will soon be launched in India. Along with the Galaxy M20, Samsung is also expected to launch the Galaxy M10 in India.

As per earlier leaks, Samsung Galaxy M20 sport a 6.13-inch Infinity-V display with Full HD+ resolution and a 19.5:9 aspect ratio. Under the hood, Galaxy M20 will be powered by an octa-core Exynos 7885 processor with 3GB of RAM and in 32GB and 64GB internal storage variants.

The Samsung Galaxy M20 will offer dual cameras on the back with a 13MP primary sensor and 5MP depth sensor. For the front, the phone will come with an 8MP front-facing camera. It will run on an older Android 8.1 Oreo operating system out of the box and will be powered by 5000mAh battery.