Galaxy M13 series is on its way to India. 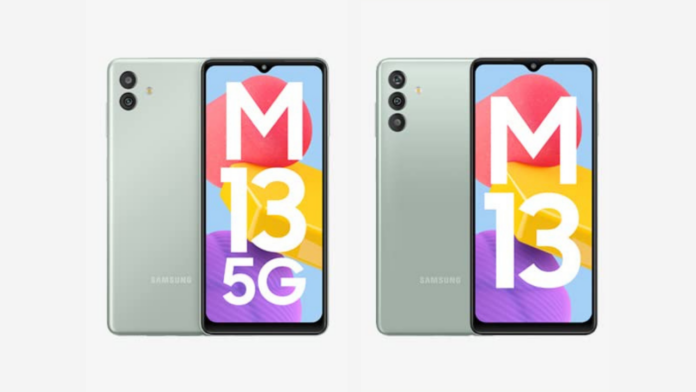 Samsung has set up new Amazon landing pages for both the 4G and 5G variants of the Galaxy M13. This also confirms that the smartphones will be available exclusively via the online retail platform. The Galaxy M13 4G which is launching in India will be different both in terms of specs and design compared to the one announced back in May.

In related news, Samsung recently launched the Galaxy XCover6 Pro rugged smartphone in select regions. The Galaxy XCover6 Pro sports a 6.6-inch PLS LCD with FHD+ resolution, 120Hz display refresh rate, increased touch sensitivity, and Corning Gorilla Glass Victus+ protection. The smartphone is powered by the Snapdragon 778G processor which is paired with 128GB of storage and 6GB of RAM. The internal storage is expandable up to 1TB.

For optics, the smartphone includes a 50MP f/1.8 primary camera and an 8MP f/2.2 ultra-wide sensor at the back and a 13MP selfie shooter. The smartphone is backed by a removable 4,050mAh battery which supports up to 15W charging. The XCover6 Pro further runs on Android 12-based OneUI.