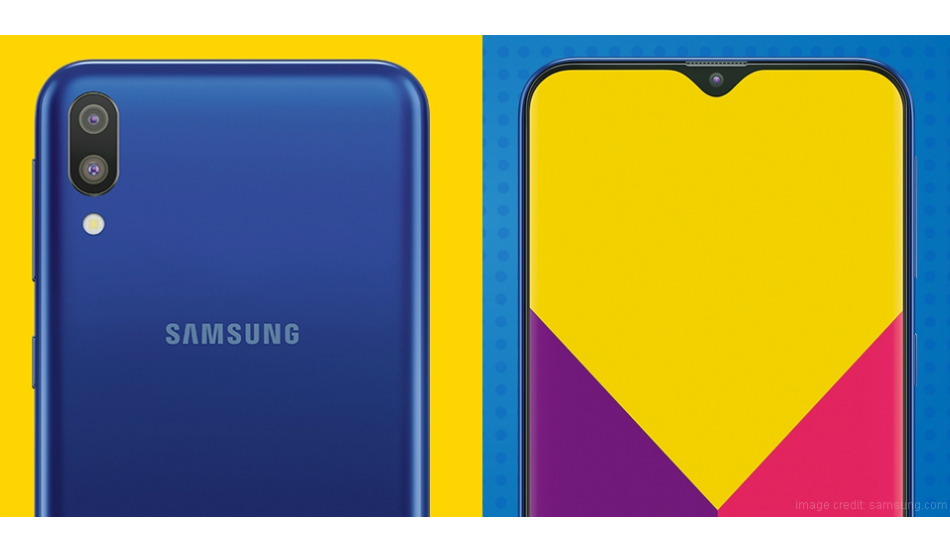 On first glance, the Galaxy M10’s most noticeable thing is the implementation of the botch. There’s a teardrop-style notch that Samsung plans to call the Infinity-V display with thin bezels on the edges and some thickness at the bottom. There’s room for a front selfie camera with a speaker and a proximity/light sensor.

Samsung is about to debut a new Galaxy M-series of smartphone later this month in India which will include the Galaxy M10, M20 and M30, all of which have been a subject of several leaks and rumours in the past few weeks. The Galaxy M10 which is touted as the cheapest of the line has now popped up again revealing its schematics and all of its specifications.

On first glance, the Galaxy M10’s most noticeable thing is the implementation of the notch. There’s a teardrop-style notch that Samsung plans to call the Infinity-V display with thin bezels on the edges and some thickness at the bottom. There’s room for a front selfie camera with a speaker and a proximity/light sensor above the selfie sensor. 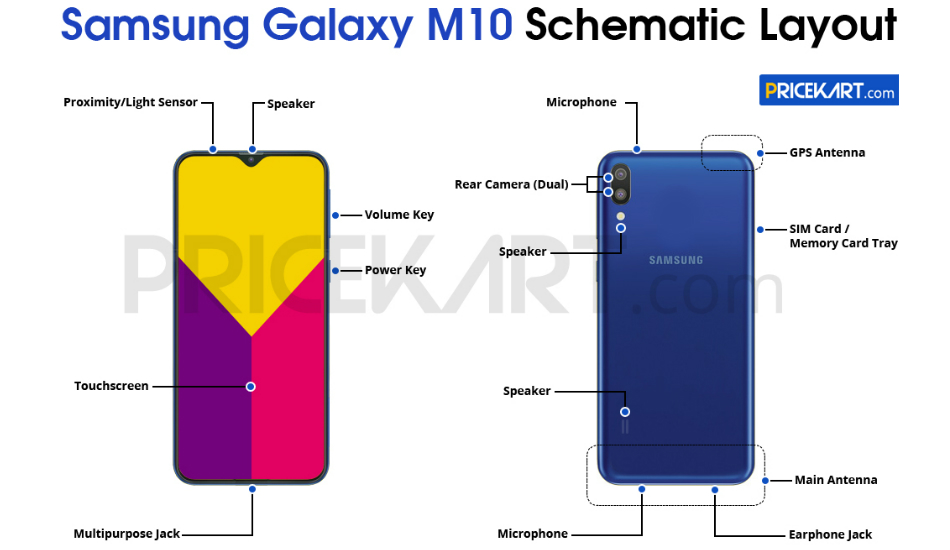 There’s a power key on the right side which is adjacent to the volume rockers. On the left, there’s the SIM tray which can make use of two SIMs and an SD card without needing to sacrifice either of its functionalities. Samsung hasn’t yet removed the 3.5mm headphone jack from the Galaxy M10 but only makes a micro USB 2.0 port available for the budget-centric phone.

Talking about its specs, the Galaxy M10 will come with a 6.2-inch HD+ screen with 720p resolution and the Infinity V notch. It’ll be powered by Samsung’s Exynos 7872 processor which utilises two A73 cores and four A53 cores in addition to a new GPU. The device will come with 2GB and 3GB RAM options. The device will run on Android 8.1 Oreo. 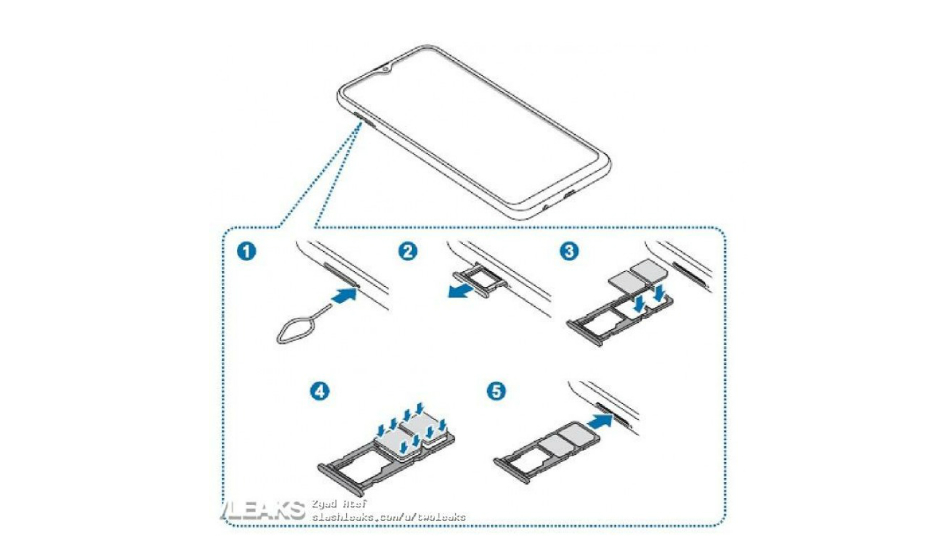 To fuel the Galaxy M10, there’ll be a 3,400mAh battery which will charge through a micro USB cable. The phone measures at 155.6 x 75.6 x 7.7mm, weighing in at over 160 grams. In terms of optics, there’ll be a dual camera on the rear side which consists of a 13MP main module (f/1.9, 1.12µm) and a 5MP depth sensor. There’s no fingerprint scanner at the back, neither is there a 5GHz WiFi support or NFC connectivity.

The Samsung Galaxy M-series including the M10 smartphone will be introduced in India on January 28.