Samsung Galaxy M01 is reportedly in works with Qualcomm chipset 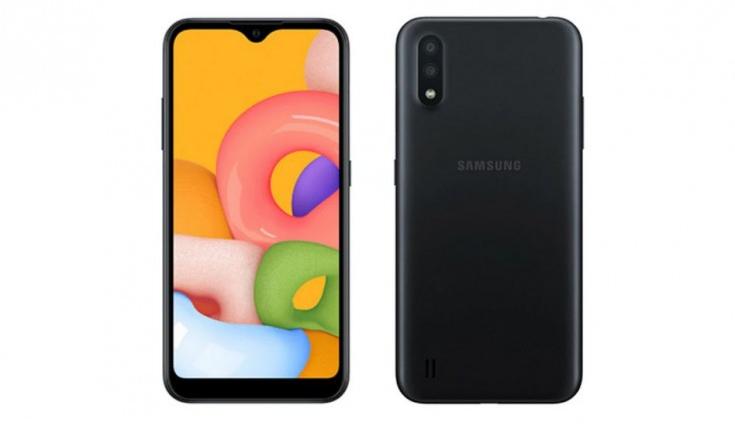 Samsung Galaxy M01 is reportedly in works and it is being developed for India, Sri Lanka, Nepal and Russia.

Samsung is reportedly working on a new smartphone, dubbed as Galaxy M01. Key details about the upcoming smartphone have been revealed online.

As per a report by SamMobile, the Samsung Galaxy M01 is reportedly in works and it is being developed for India, Sri Lanka, Nepal and Russia. As per the report, the upcoming smartphone will be loaded with 32GB of internal storage and it will come with an option to expand storage via microSD card slot. The smartphone will be available in three colour options including Black, Blue and Red. 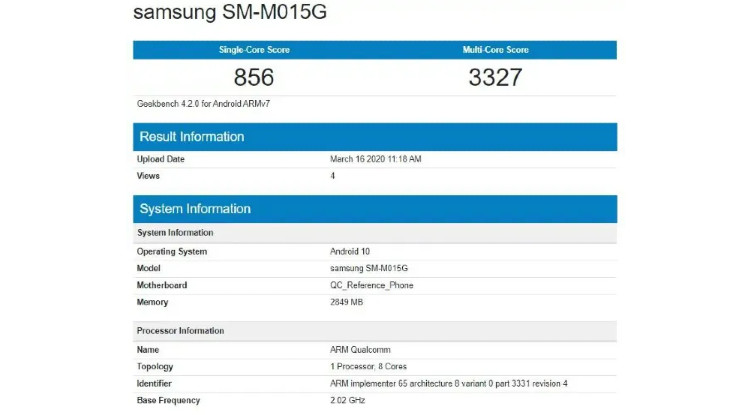 Interestingly, the smartphone has been spotted on popular Geekbench website. The Samsung Galaxy M01 comes with a model number SM-M015G, as per the listing. It further reveals that the smartphone will come with 3GB of RAM. Furthermore, it reveals ‘QC_Reference_Phone’ in the motherboard section along with a base frequency of 2.02GHz. This hints that the Galaxy M01 might be powered by a Qualcomm Snapdragon 439 processor, which is also present in the Galaxy A01 smartphone.

Furthermore, the listing reveals that the smartphone will run on Android 10 operating system and it will come with OneUI 2.0 running on top of it. The phone has scored 856 points in the single-core test and 3327 points in the multi-core test. That said, there is no other information available about the upcoming smartphone, so we suggest you stay tuned with us for more details about the Galaxy M01.