Samsung Galaxy J7 Pro and Galaxy J7 Max likely to launch today in India: Here’s what you need to know 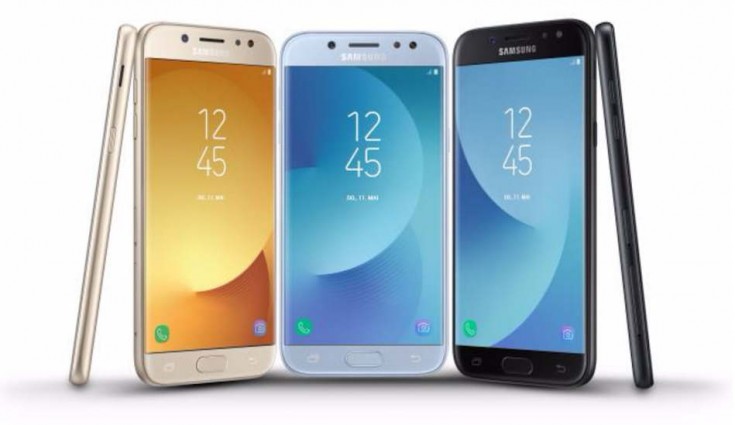 Samsung is all set to add new members to its J series and it is expected that the brand will launch Galaxy J7 Pro. The company is also reported to launch new smartphone known as Galaxy J7 Max during the event, which is scheduled to take place at 12:00 PM IST.
For the unintended, the Galaxy J7 Pro is basically Galaxy J7 (2017), which was recently announced in Europe, along with Galaxy J3 and Galaxy J5 (2017). The smartphone comes with a price tag of €339 (approximately Rs 24,600) and comes in Black and Gold colour variants.
As for the specifications is concerned, the Samsung Galaxy J7 (2017) comes with a metal body and a bigger 5.5-inch full HD (1280×1920 pixel) Super AMOLED display. It is powered by a 1.6GHz Octa-Core Exynos 7870 processor with Mali T830 GPU, which is paired with 3GB RAM. The Galaxy J7 2017 comes with 16GB of internal memory, which can be further expandable up to 256GB via a micro SD card. The smartphone runs on Android 7.0 Nougat operating system and is backed by a 3,600 mAh battery.
On the camera front, Galaxy J7 2017 flaunts the same 13-megapixel rear and front camera. It has the same connectivity features as of Galaxy J5 (2017) smartphone. The Galaxy J7 (2017) measures 152.4 × 74.7 × 7.9 mm. Like J5 2017, J7 2017 also features a fingerprint sensor embedded under the physical home button.
Coming to the Galaxy J7 Max, we reported that it will be released in India in the second week of June in Gold and Black colour options and is expected to be priced below Rs 20,000.
Further, the Galaxy J7 Max to feature 5.7-inch Full HD display with the screen resolution of 1920×1080 pixels and said to be powered by a 1.6GHz Octa Core MediaTek MT6757V processor. It will have a 4GB of RAM and 32GB of internal storage, which can be further expandable via MicroSD card.
On the camera front, it will sport a 13-megapixel shooter with LED Flash on the rear as well as on the front panel. Both front and back camera will have a LED flashlight as well. The smartphone will run on Android Nougat operating system and will be backed up by a 3300mAh battery. Besides, the smartphone will offer Smart Glow 2.0, Samsung Pay Mini, 4G VoLTE, Dual SIM and all basic connectivity functions.