The Samsung Galaxy J7 Prime which was launched this year in India has now been spotted on GFXBench benchmarking website with the Android 7.0 Nougat operating system. This simply implies that Samsung is perhaps testing the latest software and may release the same for the device soon. The Samsung Galaxy J7 Prime was originally launched with Android 6.0 Marshmallow operating system in 16GB and 32GB internal variants. 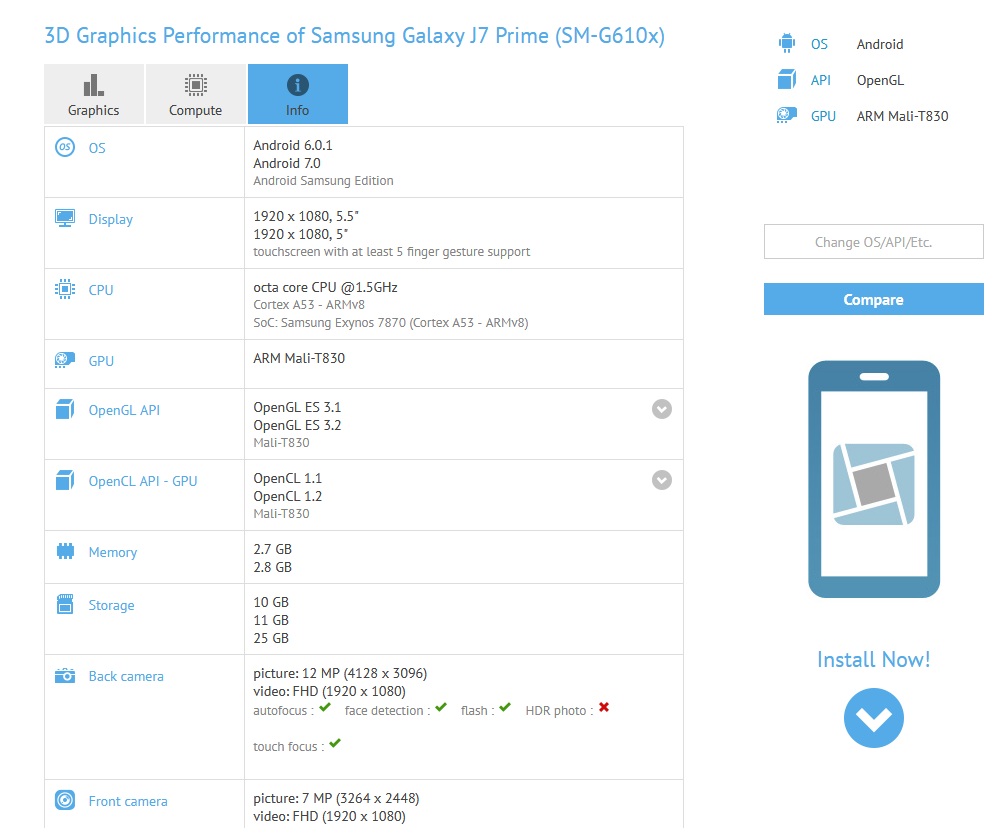 For the specs, the Samsung Galaxy J7 Prime has a metal body and a 5.5-inch 2.5D glass display that comes with 1920×1080 pixels resolution and Gorilla Glass 4. It is powered by a 1.6 GHz Octa-core processor, which is paired with 3GB RAM and 16GB/32GB internal storage. An expandable storage slot is there for a micro SD card of up-to 256 GB capacity. The smartphone runs on Android 6.0 Marshmallow operating system and also offers a fingerprint scanner, which is integrated on the home button.