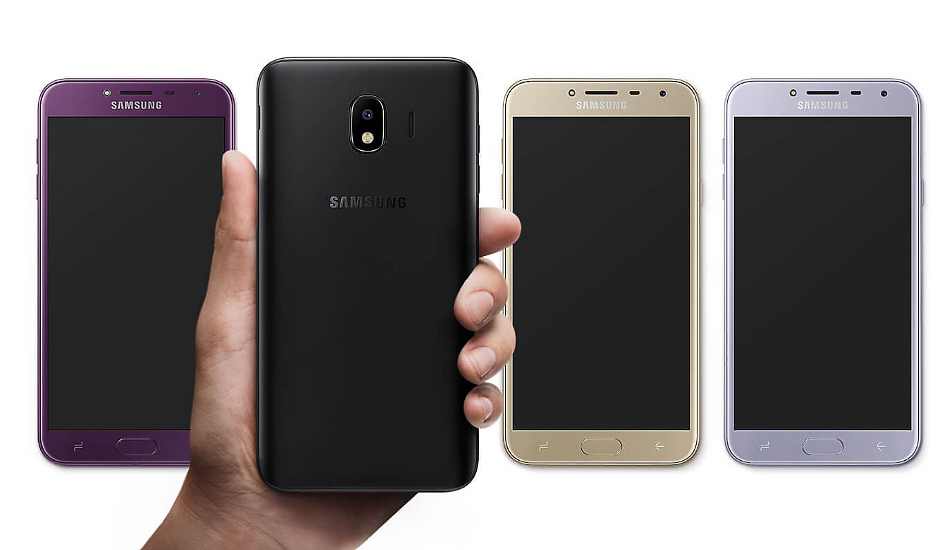 The Samsung Galaxy J4 comes with the added Story feature that lets users create various stories from their previous memories by adding background music and easily share them on social networks.

Samsung has silently launched the Galaxy J4 budget smartphone. the phone has been spotted on the Samsung official Pakistan website, and a Ukrainian retailer is also taking pre-orders for the smartphone with a price tag of UAH 4,799 (approximately Rs. 13,000). However, the Samsung Galaxy J4 is not listed on the official Samsung Ukraine website. It is listed in black, gold, and orchid gray colours. As of now, global price and availability of the Galaxy J4 have not been revealed by the company.

The Samsung Galaxy J4 features a 5.5-inch HD Super AMOLED display with 720 x 1280 pixels resolution. The phone is powered by a 1.4GHz quad-core Exynos 7570 processor and Mali-T720 MP1 GPU along with 2GB of RAM. It is backed by a 16GB of storage, which can be further expanded up to 256GB via micro SD card slot. The handset also has 15GB of cloud storage access via Samsung Cloud with the smartphone.

On the camera front, the smartphone features a 13-megapixel rear camera and a 5-megapixel front shooter for selfies and video calling. Both the cameras come with LED flash. It also comes with the added Story feature that lets users create various stories from their previous memories by adding background music and easily share them on social networks.